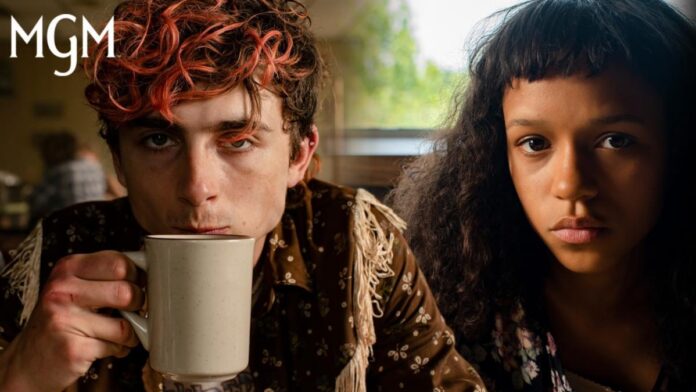 Was the trailer released just days ago for Luca Guadagnino’s  Bones and All somehow not enough for you? Well, it’s your lucky day, because MGM has an extended version featuring more of Timothée Chalamet and Taylor Russell as young cannibals in love and on the run.

Clearly, MGM wants to keep this film front of mind as the awards season rolls on. And perhaps they want to convince people that the odd premise shouldn’t be a deterrent, but an attraction.  Also in the cast are Michael Stuhlbarg, André Holland, Chloë Sevigny, David Gordon Green, Jessica Harper, Jake Horowitz, and Oscar winner Mark Rylance.

Bones and All opens in theaters on November 23rd.

BONES AND ALL is a story of first love between Maren, a young woman learning how to survive on the margins of society, and Lee, an intense and disenfranchised drifter; a liberating road odyssey of two young people coming into their own, searching for identity and chasing beauty in a perilous world that cannot abide who they are.