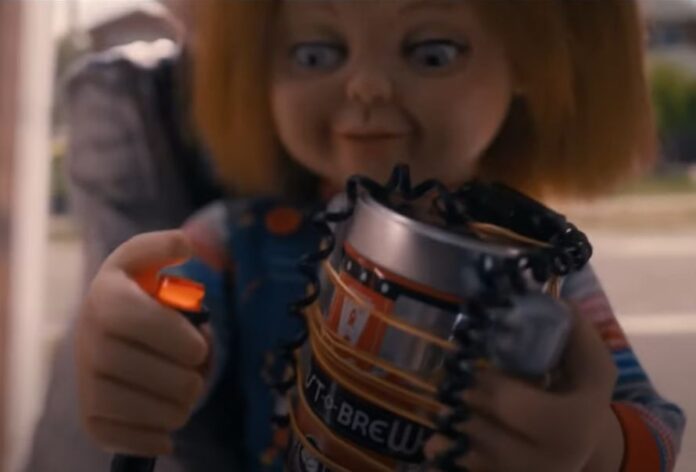 I have no shame in admitting that Chucky has always been the slasher that scared me the most. Of course, that’s thanks to a combination of being born in 1982, the release of the “My Buddy” doll, and an older sister who let me watch movies I wasn’t ready for, but still….scary dude. So needless to say I was super excited, and more then a bit skeptical when a series was announced that was to run on SyFy and USA Network. I know I’m not the only one who was completely taken by surprise at the quality of the show when it finally hit. What didn’t surprise anyone was that the show garnered a second season after making a splash for the perennial “also rans” of the cable tv world.

Thanks to the trailer that dropped today it looks like we’re in for more quality slicing and dicing with a generous side of sarcasm and black comedy. This season sees the three main characters (or should I say, survivors) from season 1 Jake, Devon, and Lexy shipped off to a reform school, bringing back memories of Child’s Play 3 when Andy Barclay was sent to Military School as a result of Chucky’s shenanigans. I can honestly say that season 1 continually surprised me with the risks they were willing to take, killing off main characters and proving no one was safe like some suburban Game of Thrones. If this trailer is to be believed the show has NO intention of slowing down. Quite the opposite, with the whole family showing themselves in the brief few minutes of footage. That’s right, not just Chucky but Tiffany (in doll and Jennifer Tilly form) and their kids Glen and Glenda all making appearances.

Oh….did I mention the countless dolls that all appear to be possessed by Charles Lee Ray at the same time? Yeah….this show’s going to hit HARD.

CHUCKY is a continuation of the iconic film franchise chronicling the murderous escapades of the notorious killer doll. In the TV series, Chucky crosses paths with archenemies, old allies and new prey, as he seeks to inspire fear and mayhem wherever he goes. After his diabolical plan to invade America’s children’s hospitals was foiled in season one, Chucky now seeks revenge on those he holds responsible: surviving teens Jake (Zackary Arthur), Devon (Björgvin Arnarson) and Lexy (Alyvia Alyn Lind), along with his ex Tiffany, now his sworn enemy. Meanwhile, can “Jevon” make it as a couple in the face of adversity at their new Catholic school, not to mention a brand-new onslaught of terror from the demon doll?