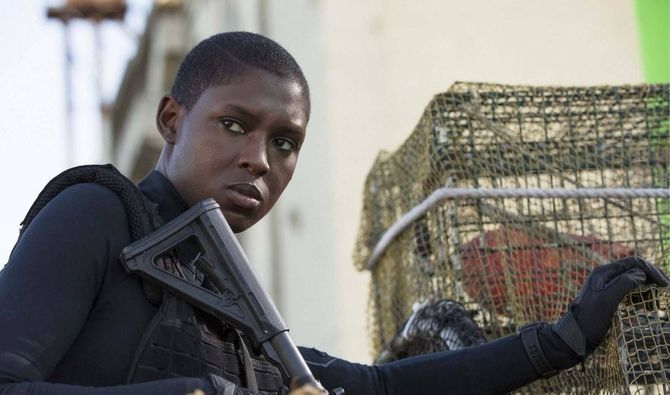 Oh boy. So, you’ve probably heard the stories of racist backlash to the diverse casting in Amazon’s new Lord of the Rings: The Rings of Power series? While these ignorant Incels have begun reviewing bombing the show because they don’t like *gasp* the sight of a Black elf, they will soon have a new target for their disgust. Well, not exactly new, because Star Wars has been on their hit list before, and will be again with the new series, The Acolyte.

Why you ask? Well, because the only two people cast so far are women of color. The first was Amandla Stenberg, who joined the Leslye Headland-created show some weeks ago. And now Deadline reports that she’ll be joined by Queen & Slim and Without Remorse star Jodie Turner-Smith.

Details on the show are still light, but we know it takes place hundreds of years before the Skywalker Saga, in a period known as the High Republic era. The Jedi are at the height of their power, but also vulnerable as the Dark Side grows. The title suggests that the deadly Sith Order will be prominent to the overall story. Perhaps Turner-Smith and Stenberg will have a mentor/student thing going on?

The Acolyte is expected to begin production this fall.