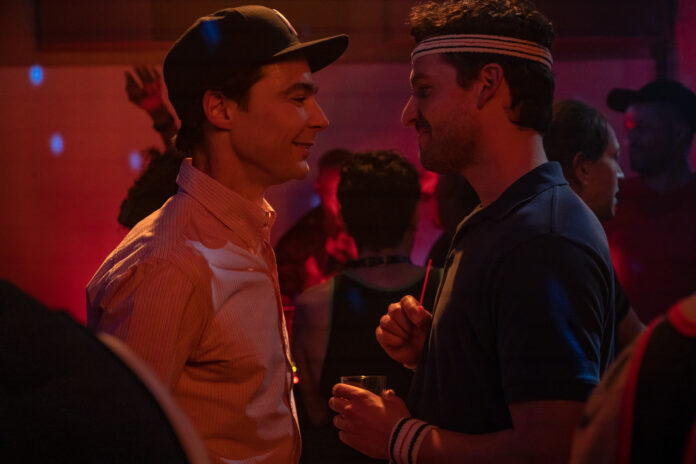 The title of Michael Showalter’s new queer drama, Spoiler Alert, tells only part of the story. If you were to watch the new trailer, you might not suspect the tragic turn the romance between TV journalist Michael Ausiello, played by Jim Parsons, and Kit Cowan, played by Ben Aldridge, ultimately takes.  The full title, Spoiler Alert: The Hero Dies, makes it clear that this will be a bittersweet affair, full of incredible highs and devastating lows.

Based on the true story captured in Ausiello’s memoir, Spoiler Alert follows “the final 11-month period of photographer Kit Cowan’s life, from his diagnosis with terminal cancer to his death, through the eyes of his lover Michael Ausiello and their relationship.”

This is going to be a delicate balance. Fortunately, the film has Showalter guiding it. He navigated similar territory brilliantly a few years ago with The Big Sick, and has often directed films that toed the line between comedy and tragedy. His most recent film, The Eyes of Tammy Faye, did much the same.

Also in the cast are Bill Irwin and Showalter’s My Name is Doris star, Sally Field.

Spoiler Alert opens in limited release on December 2nd, with a national rollout on December 16th.

Based on Michael Ausiello’s best-selling memoir, Spoiler Alert follows Ausiello as he unpacks the emotional maelstrom into which his relationship was plunged in the 11 months that took his partner, photographer Kit, from his diagnosis with terminal cancer to his passing. Interwoven in the narrative are glimpses of the roller-coaster ride that was the couple’s 14-year romance.