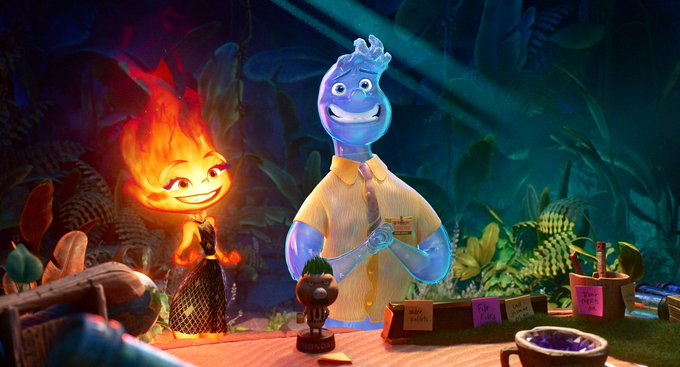 As if Disney didn’t have enough going on in the realm of live-action, they had even more to show at D23 from the animation side. So why waste time because there’s a lot to get through.

First up, confirmation of yesterday’s rumor about Inside Out 2. The Pixar sequel is officially happening and it will arrive in summer 2024. Amy Poehler is definitely returning, joined by screenwriter Meg LeFauve and director Kelsey Mann, best known for The Good Dinosaur.

Oh JOY! Amy Poehler is back to star in Inside Out 2. Directed by Kelsey Mann, produced by Mark Nielsen, and written by Meg LeFauve, Disney and Pixar’s Inside Out 2 releases Summer 2024. pic.twitter.com/HMHY391vN9

Coming to theaters in June 2023 is Pixar’s next big film, Elemental, and we’ve now learned the voice cast will be led by Mamoudou Athie (Jurassic World Dominion) and Leah Lewis (The Half of It). The film takes place in a city where residential elements: earth, air, fire, and water, live together. An unlikely pair of opposites, Ember and Wade, discover that they actually have a lot in common.

🔥and💧come together in this FIRST LOOK at Ember & Wade played by Leah Lewis and Mamoudou Athie, from Disney and Pixar’s Elemental, coming to theaters June 16, 2023! pic.twitter.com/X9lsXU4LcB

Check out this #D23Expo Exclusive Poster for Disney and Pixar’s Elemental. See the movie only in theaters June 16, 2023! pic.twitter.com/gnLjVZVngx

Pixar also unveiled a brand new film, the sci-fi adventure Elio, featuring the voices of America Ferrera and Yonas Kibreab (Trolls: Holiday in Harmony). Directed by Andrian Molina, the story follows “11-year-old dreamer Elio is artistic, creative and an avid INdoorsman who finds it hard to fit in. Meanwhile Mom Olga, who runs a top-secret military project, is working to decode a strange signal from outer space. But it’s Elio who makes contact, gets beamed into space and is subsequently mistaken for an intergalactic Ambassador for Earth.” Elio already has a spring 2024 release date.

Another new animated film on the way from Disney Animation is Wish, and it’ll be led by Oscar-winning West Side Story actress, Ariana Debose, along with Alan Tudyk (Rogue One) as a goat named Valentino. Opening in fall 2024, the film centers on 17-year-old Asha (Debose),“who sees a darkness in her kingdom that no one else does, so in a moment of desperation, she makes a passionate plea to the stars. The answer to Asha’s wish is an actual star that falls from the sky to help on her journey.”  Chris Buck and Fawn Veerasunthorn are behind the camera. 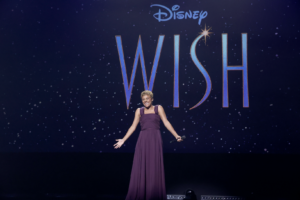 Coming up this November is Disney Animation’s next film, Strange World, the Lost in Space-esque adventure about an incredible family who must put aside their differences to save a strange world full of of dangers. A new image was revealed for the film from director Don Hall (Big Hero 6) and writer Qui Nguyen. Jake Gyllenhaal, Lucy Liu, Gabrielle Union, Jaboukie Young-White, and Dennis Quaid lead the voice cast.

Get lost in this very STRANGE new look at Disney's #StrangeWorld and see the movie in theaters November 23, 2022. pic.twitter.com/fzoIU4ZwlH

And finally, a couple of new long-form series for Disney+ were unveiled. The first is Win or Lose, which features the voice of Will Forte as Coach Dan. Written and directed by story artists Carrie Hobson and Michael Yates, the series “follows a coed middle school softball team in the week leading up to their championship game.”

Up to bat at #D23Expo: a FIRST LOOK at Pixar’s all-new Original series Win or Lose, with Will Forte as Coach Dan.
From filmmakers Michael Yates, Carrie Hobson, and David Lally, Win or Lose comes to @DisneyPlus in 2023! pic.twitter.com/UoZTIpbhR7

And one that I find particularly interesting is Iwájú, a new original Disney+ series set in a futuristic version of Lagos, Nigeria. Created, written, and directed by Ziki Nelson, the show will explore  “deep themes of class, innocence and challenging the status quo”. Lagos is physically divided into an island and a mainland separated by both water and socio-economic status. The coming-of-age story will follow Tola, a young heiress from the wealthy island, and her best friend Kole, a self-taught tech expert and loving son from the mainland.

Journey into a futuristic version of Lagos, Nigeria with this FIRST LOOK of Disney Animation and Kugali's Iwájú!

The all-new Original series streams on @DisneyPlus in 2023 pic.twitter.com/fUvIN1EXHe