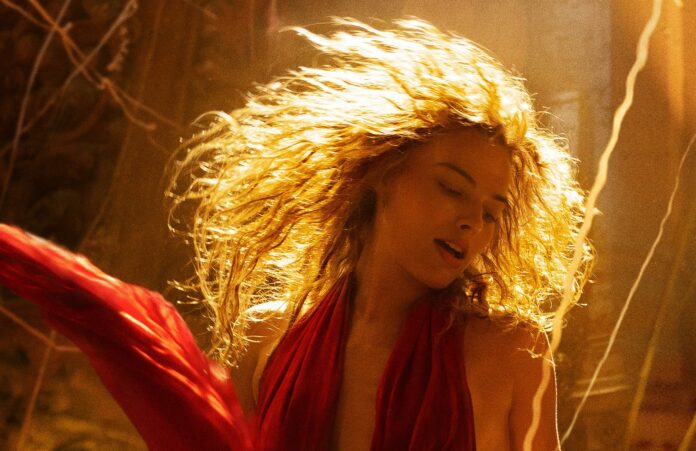 Let’s talk about a few things that are generally awesome. Movies about movie making, the Jazz Age (think of the party scenes from Gatsby), and Damien Chazelle (Whiplash, La La Land). For the sake of time, we’re going to mush these three things together and you know what we get? Chazelle’s upcoming 1920’s epic feature Babylon! Details have been somewhat scarce but even without a trailer we know this movie is going to be something big just based on the cast alone. Check out this list. Brad Pitt, Margot Robbie, Diego Calva, Jovan Adepo, Li Jun Li, Tobey Maguire, Samara Weaving, Jean Smart, and Katherine Waterson. That’s literally only half of the recognizable names in the cast, it’s really kind of insane.

While we don’t have a trailer, or any footage for that matter, what we do have are 6 awesome character posters to set the tone. Let’s be honest, you can hear this film in your head already, can’t you?