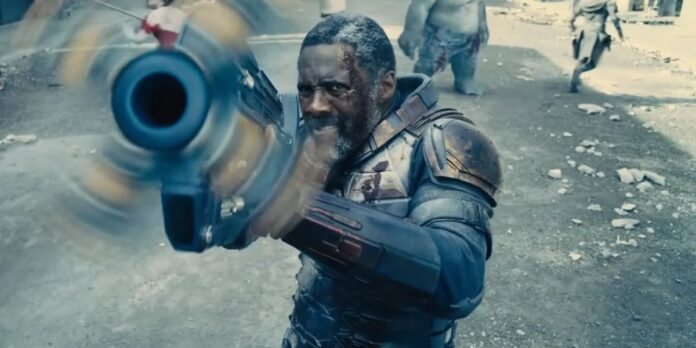 How great is Idris Elba? He’s so great, he’s successfully straddled the Marvel/DC divide, playing Heimdall in the Thor films and Bloodsport in The Suicide Squad. Basically, he can show up just about anywhere, but in what comic book universe will he appear in next?

Erik Davis spoke with Elba about his upcoming survival thriller, Beast, and asked Elba if he’ll be in a Marvel or DC project soon. The Luther actor responded that something big is in the works for DC, but failed to elaborate…

NEW: I just spoke with Idris Elba about his new film #Beast. I asked what we’ll see him in next – a Marvel project or DC, and he said DC. He said he’s got a really big thing cooking for DC right now. 👀 Full interviews for BEAST will drop soon & my reaction drops tonight pic.twitter.com/Fmabs6jTnC

While there were some recently-debunked rumors of a Bloodsport series, I personally think the most likely place for Bloodsport to appear is in season 2 of Peacemaker. The two characters were at odds in The Suicide Squad, culminating in an explosive final showdown that changed Peacemaker’s life. It only makes sense that, as Peacemaker is starting to look at the world differently, he comes face-to-face with the man who was the catalyst for that change.

Maybe I’m wrong, but even if I am I hope to see Bloodsport in the Peacemaker show at some point.

Elba can be seen in theaters right now as Heimdall in Thor: Love & Thunder. Next up for him is Beast which opens on August 19th.