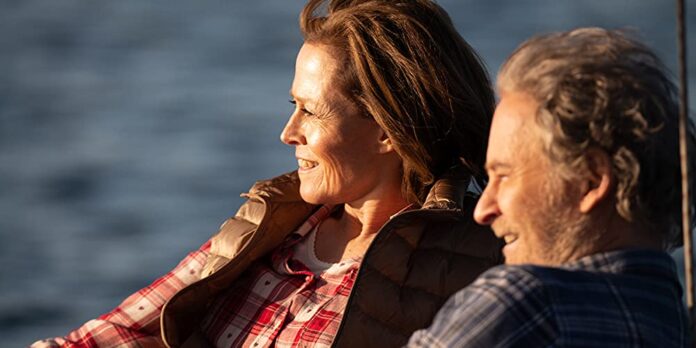 Who doesn’t love Sigourney Weaver and Kevin Kline? These two beloved screen vets have starred together numerous times, most notably in 1993’s Dave, but are reunited in what looks like a real charmer, The Good House.

Weaver stars as a New Englander and descendant of Salem witches, juggling her love of wine and secrets with, what else, middle-aged romance. Her tidy life gets turned upside down when she reconnects with an old flame, played by Kline.

The combo of Weaver and Kline is enough for me, but there’s a great supporting cast around them that includes Rob Delaney, Morena Baccarin, Beverly D’angelo, Kathryn Erbe, and Rebecca Henderson.

Behind the camera is the married duo of Maya Forbes and Wally Wolodarsky, who previously worked together on Infinitely Polar Bear, Trolls World Tour, A Dog’s Purpose, and The Polka King. That Wolodarsky also directed the vastly underrated (although wildly inappropriate for today) Sorority Boys is another reason for my excitement.

The Good House follows Hildy Good (Sigourney Weaver), a wry New England realtor and descendant of the Salem witches, who loves her wine and her secrets. Her compartmentalized life begins to unravel as she rekindles a romance with her old high-school flame, Frank Getchell (Kevin Kline), and becomes dangerously entwined in one person’s reckless behavior. Igniting long-buried emotions and family secrets, Hildy is propelled toward a reckoning with the one person she’s been avoiding for decades: herself.