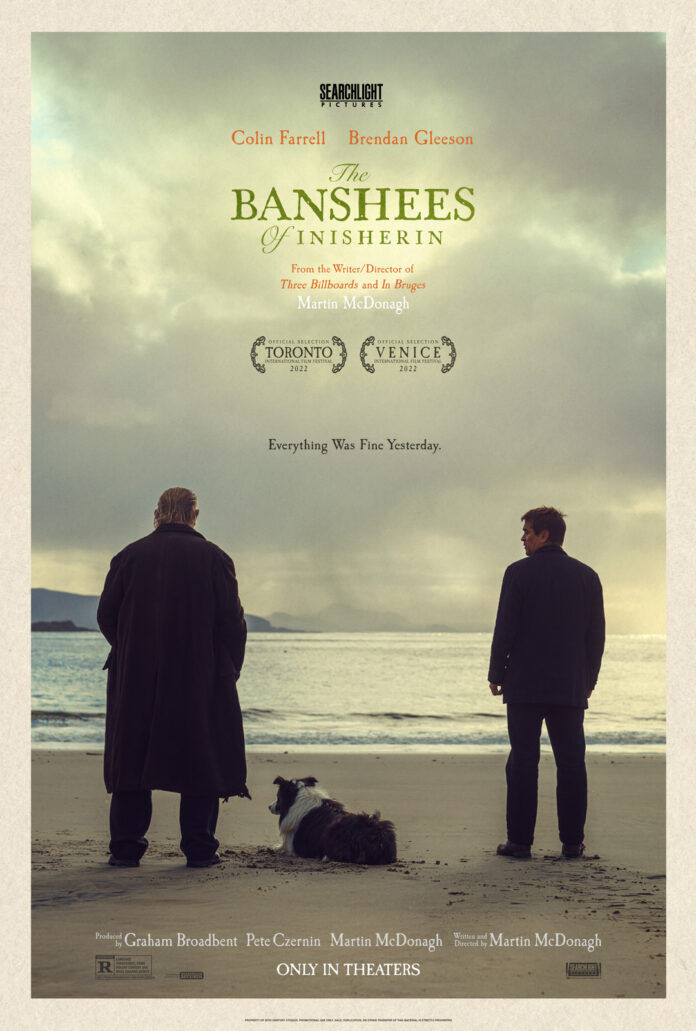 It’s been five years since Martin McDonagh’s acclaimed Three Billboards Outside Ebbing, Missouri. Yeah, where does the time go? That film came away with seven Oscar nominations and two victories, including one for Best Picture. McDonagh was already an accomplished playwright, but he was now also a “Made Man” as a filmmaker. The wait has been long, but Venice will be the world premiere of McDonagh’s latest, The Banshees of Inisherin, which reunites the filmmaker’s In Bruges stars Colin Farrell and Brendan Gleeson.

The duo are together again for The Banshees of Inisherin, playing old friends on the coast of Ireland. When Gleeson’s character suddenly tears that friendship apart, the other endeavors to find out why, which only serves to make the situation worse.

Also in the cast are Rome and Better Call Saul actress Kerry Condon, and Eternals‘ Barry Keoghan. McDonagh once again wrote the screenplay, as well.

The vibe is very different from In Bruges, and actually feels quite a bit like Calvary, which was by Martin’s brother, Michael, and starred Gleeson. Will The Banshees of Inisherin be another major awards season contender for McDonagh? We’ll find out when the film opens on October 21st. The smart money says “yes.”