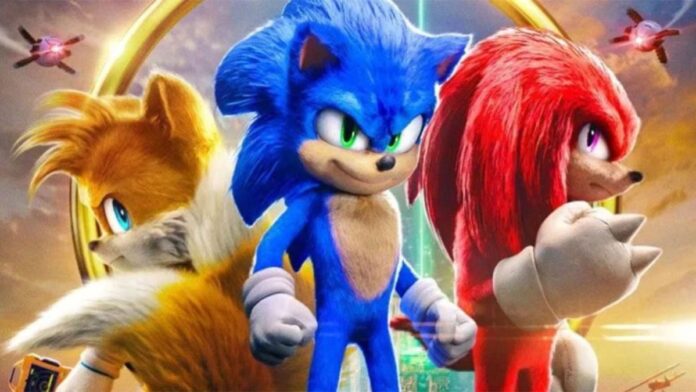 Remember when we first got a look at the Sonic the Hedgehog movie and that atrocious, hideous design of the popular SEGA mascot? The film could have easily died right there, but a simple redesign changed attitudes about it, and then the movie itself was actually damn good, and a $319M box office hit. The sequel, last year’s Sonic the Hedgehog 2, did even better with $402M, while launching a Knuckles spinoff series. With success like that, it was inevitable that a third film would happen, and now it’s been confirmed.

Paramount has confirmed Sonic the Hedgehog 3 is coming, and we know it because a date has already been set. The film will arrive on December 20th 2024. Why is that date significant? Because it will go head-to-head with James Cameron’s Avatar 3.

Am I crazy for thinking that, assuming things stay the same, Sonic might actually outpace Avatar that weekend?  I mean, I’d rather watch Sonic, Tails, and Knuckles do battle with Shadow, the badass character introduced in the post-credits tease.

Paramount’s put a ton of focus on their upcoming slate of all-ages projects. Along with the Sonic news, we’ve learned from Deadline the studio’s untitled Smurfs animated musical has been moved to February 14th 2025.  This is the first Smurfs movie from Paramount after the last three, which were fairly successful, were at Sony.

Finally, Seth Rogen’s animated TMNT movie has been titled Teenage Mutant Ninja Turtles: Mutant Mayhem, and will open in theaters on August 4th 2023. It will be directed by Jeff Rowe (The Mitchells vs. the Machines), and will feature actual teens voicing the turtles. Believe it or not, that’s a first.

‘Star Trek 4’ On The Way With Chris Pine And Co. Returning, Plus More ‘A Quiet Place’, ‘Transformers’, ‘Sonic’, ‘TMNT’