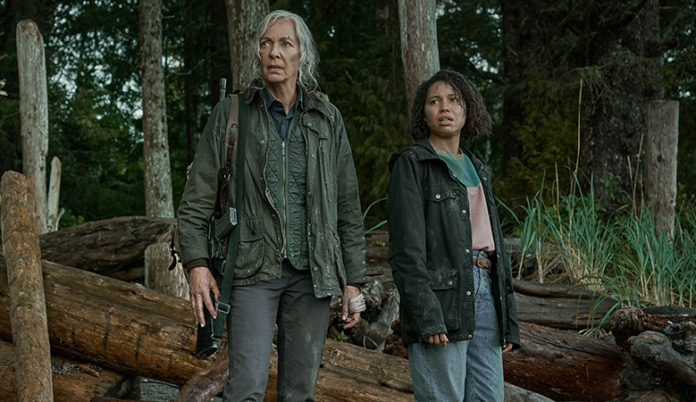 Allison Janney has done a lot in her Oscar-winning career, but nothing quite like what you’ll see her do in Lou. The action-thriller coming to Netflix stars Janney alongside Birds of Prey and Lovecraft Country‘s Jurnee Smollett as two women attempting to recover the latter’s kidnapped child.

The film is directed by Anna Foerster, best known for her work on Underworld: Blood Wars. And it’s clear her experience on that action flick has informed what she does here, as well, because she puts Janney through the physical paces for sure. Janney for her part trained extensively with the same fight choreographer who trained Charlize Theron for Atomic Blonde. It shows.

Here’s the official synopsis: A woman with a mysterious past finds her quiet life interrupted when a desperate mother begs her to save her kidnapped daughter. As a massive storm rages, the two women risk everything in a deadly rescue mission through the wilderness, testing their limits and exposing dark and shocking secrets from their pasts.

Also in the cast are Logan Marshall-Green and Ridely Asha Bateman. JJ Abrams is a producer through Bad Robot, while the script is from Maggie Cohn.