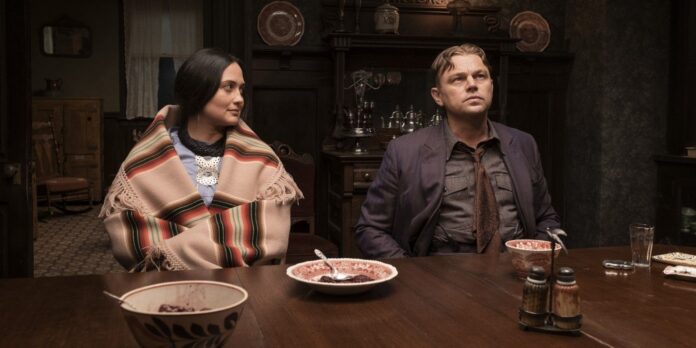 The fall season isn’t far away, and already attention is starting to turn towards the films that will be major awards contenders. Following on Apple’s Best Picture win earlier this year with CODA, becoming the first streamer to take home that prestigious Oscar (sorry Netflix!), the expection was they’d try to give two-for-two with the release of Martin Scorsese’s Killers of the Flower Moon. However, plans have now changed, and Apple will instead turn their attention to 2023.

Deadline reports Apple has set its sights on a Cannes 2023 premiere for Killers of the Flower Moon, followed by a full theatrical release. That makes sense considering the $200M+ budget, as Apple will want to recop expenses on the expensive historical drama led by Leonardo DiCaprio, Robert De Niro, and Lily Gladstone. The story, based on the true-crime novel by David Grann, centers on a string of murders of Osage Native Americans made wealthy by the discovery of oil on their land. The book is truly excellent, and I can’t wait to see how Scorsese captures it on the big screen.

This will be Scorsese’s first film since the critically-acclaimed The Irishman, which was released through Netflix and earned 10 Oscar nominations. That film was also hugely expensive, topping $250M, but only had a very limited theatrical release. Apple isn’t going to make the same mistake if Scorsese is going to run up such a huge budget.