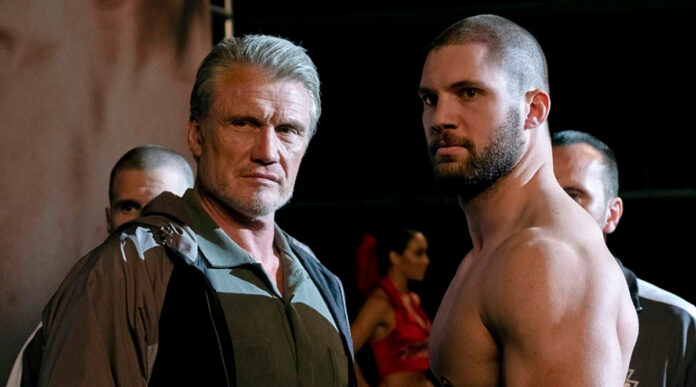 The Rocky franchise, at least on the big screen, is likely dead. But spinoffs of the boxing franchise have a lot left in the tank. Spinning out of the storyline established in Creed II, The Wrap confirms that a spinoff centering on Dolph Lundgren’s Ivan Drago and his boxing son Viktor Drago (Florian Munteanu) is in the works.

Screenwriter Robert Lawton will pen the Drago screenplay. Lawton won raves and earned the prestigious 2021 Nicholl Fellowship for his Becoming Rocky spec script. MGM was impressed by Lawton’s previous work on that and it earned him the gig.

Lundgren has been teasing an Ivan Drago movie for over a year, but in all honesty it was tough to take him seriously. He and others of that ’80s generation often hype projects for themselves that nobody is actually developing, in hopes that maybe somebody will think it’s a great idea. Only this time, Lundgren wasn’t bullshitting.

It’s unclear if Sylvester Stallone will have anything to do with the project, but it would be weird for him not to. Then again, Sly is currently beefing with Rocky and Creed producers over rights to the franchise he started. Stallone will not be returning for Creed III.

So what’s the angle for this story to take? Ivan and Viktor were last seen in 2018’s Creed II, in which Viktor battled Michael B. Jordan’s Adonis Creed, the son of Apollo Creed, the boxing champion killed by Ivan in the ring years earlier. Viktor destroyed Adonis in the first match, only to lose in a hotly-contested rematch. A relationship that had once been fueled by rage and anger at being excommunicated by Russia, was mended as they began training anew in Ukraine. Presumably, this new film will pick up from there.

In the few years since Creed II, Munteanu has seen his acting career take off. He played Razor Fist in Marvel’s Shang-Chi and the Legend of the Ten Rings, while also starring opposite Chris Pine in The Contractor.  He’ll be seen next in Eli Roth’s Borderlands video game movie in the role of Krieg.