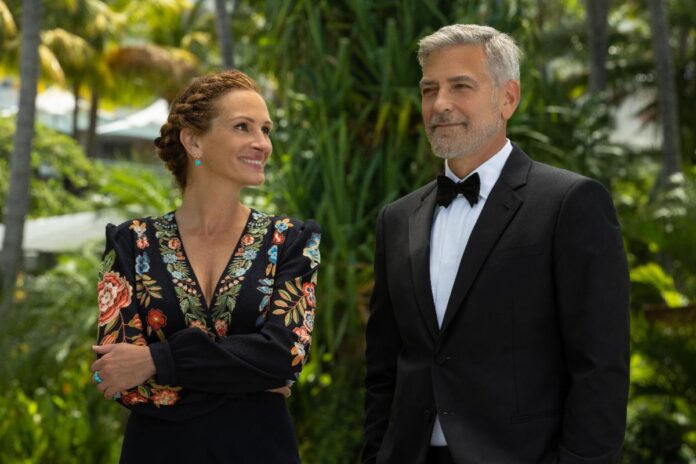 One thing is for when it comes to the upcoming comedy Ticket to Paradise. There will be no shortage of chemistry in front of the camera. The reunion of Ocean’s 11, Ocean’s 12, and Money Monster‘s Julia Roberts and George Clooney, two classic movie stars whose careers will always be linked, is enough to give this rom-com a bit of big Hollywood flair. But it’s not the only reunion we should be excited about.

Also in the cast are Kaitlyn Dever and Billie Lourd, who previously co-starred together in the hilarious Booksmart. And behind the camera is Ol Parker, the filmmaker behind Mamma Mia! Here We Go Again, and the Best Exotic Marigold Hotel films

Also penned by Parker, Ticket to Paradise has a familiar rom-com setup: Clooney and Roberts play divorced parents who fly off to Bali to stop their daughter from rushing into marriage and making the same mistake they did. You think they’ll find love rekindled along the way? All signs point to “yes”.

Ticket to Paradise looks like a real charmer, and I’ll be honest in that I’ll always be there for Clooney and Roberts.  The film opens on October 21st.