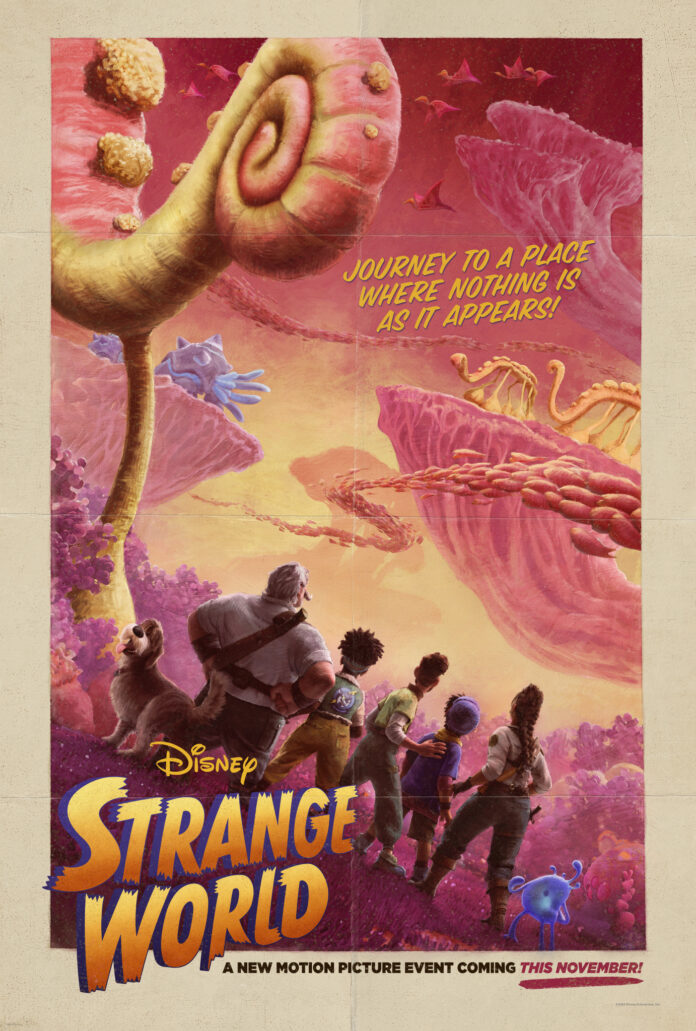 Miss Netflix’s Lost in Space? Well, Disney might have the remedy. Their upcoming animated film Strange World boasts modern Disney animation with an old school sci-fi adventure aesthetic. Not only that, but it features the creative team behind Raya and the Last Dragon, plus Jake Gyllenhaal as the lead vocal.

Gyllenhaal voices the awesomely-named Searcher Clade, son of a legendary explorer, as the Clades get lost in uncharted territory on a strange new world full of dangerous creatures.

The film is co-directed by Don Hall and Qui Nguyen. Hall directed both Big Hero Six and Raya and the Last Dragon, while Nguyen wrote the latter.

Jake Gyllenhaal (“The Guilty,” “Spider-Man: Far from Home”) lends his voice to Searcher Clade, the son of a steadfast explorer. The original action-adventure journeys deep into an uncharted and treacherous land where fantastical creatures await the legendary Clades, a family of explorers whose differences threaten to topple their latest—and by far— most crucial mission.