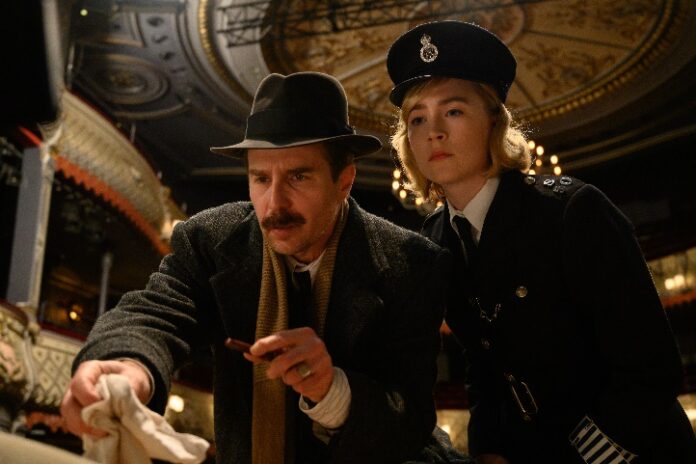 Who doesn’t love a good murder mystery? Ever since Knives Out, it seems that everyone does, leading to a resurgence of the genre, which I, as a gigantic fan of film noir, am all too pleased about. Well, there’s another detective yarn on the way that is on the radar and it’s See How They Run, a 1950s mystery starring Sam Rockwell and Saoirse Ronan.

Marking the directorial debut by Tom George, See How They Run is set in 1950s London where crew members on a film adaptation of a popular West End play are murdered. That brings Rockwell’s Inspector Stoppard and Ronan’s overzealous rookie Constable Stalker on the case to sort out fact from fiction in the underbelly of London’s theatre landscape.

As if the pairing of Rockwell and Ronan isn’t inspired enough, the cast surrounding them is on par in a big way. Adrien Brody, David Oyelowo, Harris Dickinson, Ruth Wilson, Reese Shearsmith, Sian Clifford, Shirley Henderson, and Charlie Cooper make a terrific assortment of potential suspects.

See How They Run opens on September 30th, which hopefully means it’ll be part of the Toronto Film Festival lineup.