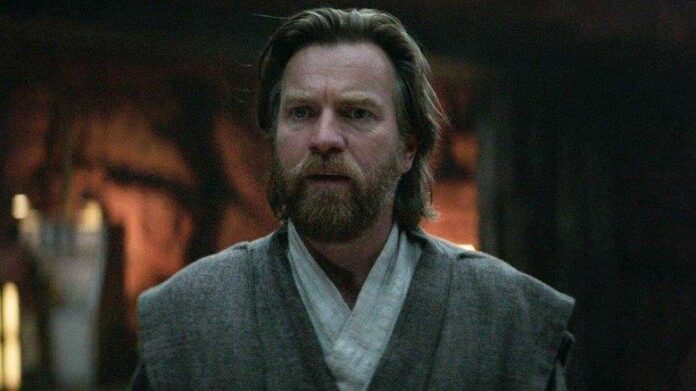 Last week on Obi-Wan Kenobi, we finally got our rematch between Vader and Obi-Wan, only it didn’t turn out so well for Obi-Wan. Vader clearly handed Obi-Wan his ass and took his lunch money with ease. It was only for the grace of Obi-Wan’s newfound friend Tala that he was able to be saved from a fiery execution as Vader tried to give him some karmic justice (“from a certain point of view”). While Obi-Wan was able to be saved, Reva AKA Third Sister, realizing Leia was someone of importance to Obi-Wan, kidnapped the future leader of the Rebellion. So what’s Obi-Wan to do now?

“Part IV” starts off with Obi-Wan licking his wounds as he’s being taken away by Tala to one of The Path’s safehouses. Shortly he gets placed into a bacta to heal his lightsaber and burn wounds. While in the tank, he’s replaying the fight in his mind, but at the same time, the masterful Deborah Chow is showcasing Anakin/Vader in his own bacta tank to showcase that even though they are now on vastly different paths. As Obi-Wan is thinking about his most recent failure, Leia is also on his mind. He leaves the bacta tank ahead o schedule because he knows how important Leia is and he has to rescue her.

As he discusses with Tala the need to rescue Leia, he also meets Roken (O’Shea Jackson Jr.), the leader of this cell. After they guestimate that Leia is being held at the Inquisitor’s headquarters uninspiredly named “Fortress Inquisitorious” on the underwater planet of Nur. Roken and other members of The Path think it’s a suicide mission and is hesitant to even give it a try. At this point, The Path is seemingly the pre-Rebellion and would rather operate more like an Underground Railroad than an actual resistance/insurgency against The Empire and they even say, “we’re not soldiers.” But Obi-Wan is persistent and even says he’ll go at it alone. Tala knows he’ll have a better chance with help volunteers herself and her Imperial credentials and will see if she’s been outed as a mole just yet. So off they go to Nur.

Tala arrives at Fortress Inquisitorious as an Imperial officer as she normally would and so far no one’s the wiser that she’s a part of The Path. A few officers question why she is at locations she’s not deemed to work at, but she manages to sweet-talk her way through and uses a secret com device (reminiscent of the one Luke and C3P0 used in A New Hope) to contact Obi-Wan, who’s swimming to the fortress. After Tala disables one entrance, Obi-Wan is now in the fortress and looking for Leia. Leia on the other hand, is being interrogated by Reva. Leia being the daughter of Anakin Skywalker is able to resist Reva’s mind probe (a Jedi power introduced in the Sequel Trilogy) and Reva is none the wiser. Leia even asks if they are having a staring contest as a taunt. At first, I wasn’t convinced that young Leia would be a good addition to Obi-Wan Kenobi, but young actress Vivien Lyra Blair is proving up to the task. Realizing that she’s getting nowhere with her Inquisitor version of a carrot, she opts for the stick and is going to torture Leia for information similar to how Vader almost did in A New Hope.

Obi-Wan (with Tala’s help) navigates through the fortress undetected. As he’s trying to find where Leia is hidden, he comes across a secret area of the base. In this vault area, there are hundreds of Jedi bodies preserved in what looks like amber. Fans of The Clone Wars cartoons will recognize some of the bodies as Jedis that were on that show. Those that survived Order 66 seemed to suffer an even worse fate.

Just as Leia is about to be tortured, Obi-Wan comes to her rescue. After dispatching the Stormtroopers standing guard, it’s now a race to get out of the fortress undetected. Soon enough, there’s a battalion of Stormtroopers after them. Obi-Wan starts to get his groove back and is able to fend them off either by deflecting their blaster fire or just cutting them down with his lightsaber. Obi-Wan’s back! During all the shooting and saber swings, blaster fire manages to crack the glass in a section. You would think that an underwater base would reinforce their glass not to break! As the crack continues to grow, Obi-Wan uses his Jedi powers to hold the crack at bay, until Tala and Leia are able to safely get away and then he releases the literal floodgates and manages to escape and leaves dozens of Stormtroopers to a watery grave.

Tala gives Obi-Wan a rather unconvincing disguise (a simple trench coat and an Imperial hat) that he hides Leia in and surprisingly, they go unnoticed. They are just about to get to the landing pad with the hopes of rescue from members of The Path when Reve and other Inquisitors notice them. More blaster fire and lightsaber deflects happen but then members of The Path arrive just in time to even the odds. While Obi-Wan, Tala, and Leia are able to board a speeder and escape, the other speeder providing support is not so lucky as Reva goes one on one with the ship and destroys it. At that point, members of The Path realize that they are soldiers and they are finally in a war. Welcome to the Rebellion!

In the aftermath of her failure, Reva is being force-choked by Vader (where was he all this time???) as he told her if she failed, he would kill her. However, in the midst of being choked, Reva reveals to her mentor that she placed a tracking device with Leia inside her favorite droid. Vader is “most impressed” with his pupil and lets her live, now that she has given him a way to track Obi-Wan for even more revenge. That means next week, Vader and The Inquisitors will be hot on their trail for the eventual showdown!