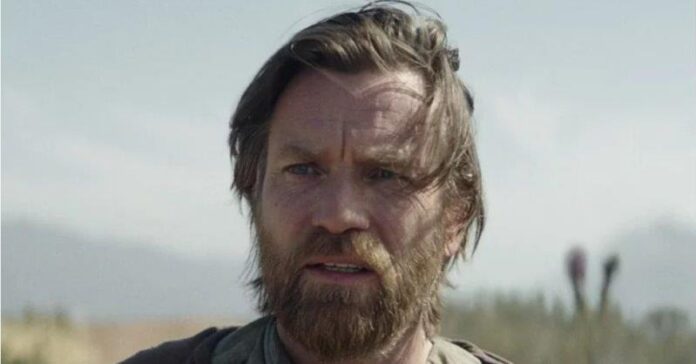 I said last week that I couldn’t wait for Obi-Wan and Darth Vader’s rematch. Boy does Lucasfilm and co not disappoint on that end!

Last week Obi-Wan was trying to rescue a young, fun, and sassy Leia Organa from a bounty hunter’s clutches, only for the whole kidnapping to be set up by newcomer (and the latest victim of Star Wars’ semi-toxic fandom) Reva, AKA Third Sister of the Inquisitors played by Moses Ingram. Reva REALLY wants to get Obi-Wan and had no shame in kidnapping a senator’s daughter to do just that. Just as Reva was closing in on Obi-Wan, she revealed to him that she’s been doing this for none other than Darth Vader, AKA his failed student Anakin Skywalker, who he thought he killed during their lightsaber battle in Revenge of the Sith. What’s Obi-Wan to do with this newfound information???

As the latest episode of Obi-Wan Kenobi begins, Obi-Wan is pondering what to do now that he knows Anakin is alive. He once again tries to reach out to his former Master Qui-Gon Jinn with no such luck. Something tells me that by the end of the Obi-Wan Kenobi series, he will successfully be able to communicate with Qui-Gon, and it’ll be when he needs him the most, which based on how this episode ends, couldn’t come soon enough for Obi-Wan. As Obi-Wan and Leia land on the newfound planet Mapuzo, Obi-Wan and Leia do some bonding while waiting for a contact to help smuggle them back to Alderaan. The writing on Obi-Wan Kenobi is very clever as they can help fill in gaps between Episodes III and IV and add some good character development moments. They must tread carefully to not ruin decades of cannon. So far, the writers and Debora Chow and nailing it on that end.

As Obi-Wan is reflecting on his failed relationship with Anakin, the story then goes to the lava planet of Mustafar. While we saw Anakin submerged in a bacta tank as the stinger to last week’s episode, this week, it’s all about Vader! As we see the Dark Lord of the Sith assemble himself, he then has a chat with Reva. She blames the Grand Inquisitor’s death on Obi-Wan (clearing her of any blame). Vader refers to her by her “Inquisitor name” instead of Reva, showing he has more respect for her than her Inquisitor counterparts. He also tells her that if she fails him, he will kill her. Right off the top, Vader is back to the scary villain we know from our childhoods. In fact, say what you want, but the entire Disney Era of Star Wars has been ever so awesome at reminding us once again that Darth Vader is one scary and badass dude!

Obi-Wan and Leia manage to hitch a ride with a freighter to be ferried into town. The only problem is the freighter driver is completely on board with The Empire and how they run things. Soon enough his ride is packed with Stormtroopers. Obi-Wan and Leia must pretend they are father and daughter while engaging in small talk with the Stormtroopers, only to mess up and get caught in a lie by calling her Leia instead of the fake name they agreed on. While Obi-Wan is able to play it off by saying to a suspicious Stormtrooper that she reminds him of her mother (and half-truth), the jig is up when they come up to an Imperial inspection site and a probe droid manages to scan Obi-Wan. He springs into action and has a shootout with the Stormtroopers. For someone who thought blasters were “so uncivilized,” he’s good in a gunfight. There’s a very cool moment where a laser fence cuts one Stormtrooper in half. However, Obi-Wan and Leia are about to be shot by an Imperial commander Tala (Indira Varma), when it turns out, she’s the contact to help get them out of there.

As they hide out in a town, Obi-Wan senses something really bad, and then Vader arrives with his Inquisitors. The probe droid was able to send Obi-Wan’s image before he shot it. From here on out, it’s not the Obi-Wan Kenobi show, it’s the friggin Darth Vader show! As Vader is walking down the street, he tempts Obi-Wan by carrying out horrible acts against the innocent townspeople. Like the Grand Inquisitor said, “the Jedi code is like an itch.” Obi-Wan can’t bear seeing Vader kill innocents, especially children! Obi-Wan asks Tala to safely get Leia to Alderaan and ops to face his former student to distract him and get Leia home safely. At first Obi-Wan runs, but Vader continues patiently stalking him. Then on the outskirts of town in the desert, Vader and Obi-Wan face off against each other. The fight is very reminiscent of Obi-Wan and Darth Maul’s fight in the Star Wars Rebels episode “Twin Suns,” and it was a lightsaber fight by moonlight. It’s clear Obi-Wan is rusty, but it’s also clear that Vader is a badass!! He makes easy work on Obi-Wan. Vader easily could have killed him, but he wants to make Obi-Wan suffer. Vader lights oil on fire and proceeds to burn Obi-Wan just how he was burnt. Lucky for Obi-Wan, Tala opts to leave Leia at the transport so she could help Obi-Wan. She manages to shoot Stormtroopers in a firefight and rescue Obi-Wan from a fiery death.

In all this excitement, Reva managed to track down Leia. She killed her transport to Alderaan and now has the young girl in custody. Now Obi-Wan really must to step up, but first, he has to nurse his wounds so he can rescue her and face Vader again.