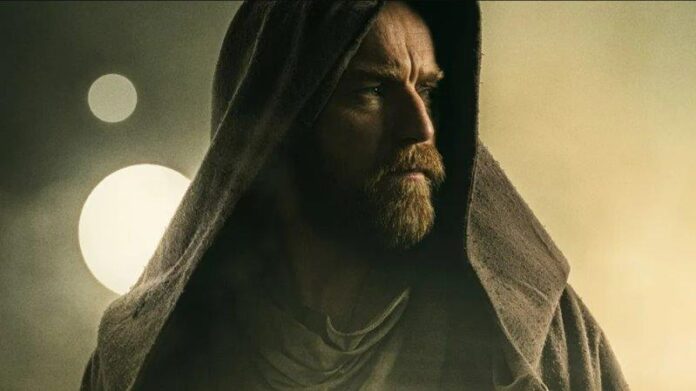 While the prequels are often seen as blemishes on the Skywalker Saga (less so now with the Sequel Trilogy disappointing some overly loud but silly fans), Ewan McGregor was always a ray of sunshine throughout those three films and him filling in for Sir Alec Guinness’ shows are Luke’s eventual mentor. When Lucasfilm stated that they were going to do an Obi-Wan Kenobi series (and beloved Mandalorian director Deborah Chow directing each episode), fans were waiting to watch “with great interest.”

Well, the wait is over and in conjunction with Star Wars Celebration (the other Star Wars holiday during the month of May), Obi-Wan Kenobi premiered on the streaming service. Set to bridge the gap for what Obi-Wan has been doing between Revenge of the Sith and A New Hope, fans were eager to see the further adventures of one of their favorite Jedi for a two-episode premiere.

We are treated to a “recap” which pretty much details you with all the events that happened for Episodes 1-3 in such a crisp and well-done edit that would be Topher Grace blush. Right off the top, the series starts with Order 66, which given the recent headlines is unfortunate timing as we see a ground of Jedi Younglings try and avoid being gunned down by Clone Troopers who just turned on their Jedi cohorts as part of Emperor Palpatine’s Jedi purge. Luckily, those young Jedi trainees are able to escape unharmed, I have a feeling at least one of those children will be important later on.

10 years we are once again on Tatooine (is there any other planet in the galaxy?) where a group of Sith soldiers called Inquisitors (Jedi hunters who became extremely popular during the Rebels cartoon) are searching for a Jedi in hiding. While we are meant to think they are on the trail of Obi-Wan, they are looking for another Jedi. Led by the Grand Inquisitor, they harass the patrons of a local cantina to try and flesh out the Jedi in hiding. However, one of the Inquisitors named Third Sister, aka Reva thinks this is beneath them and really wants to find Obi-Wan. A betting person would say that Reva is one of the Jedi Younglings who managed to escape the purge, only to turn against the Jedi anyway as an Inquisitor.

Obi-Wan is also on Tatooine and in hiding as a meatpacker while trying to avoid any type of trouble. As the Grand Inquisitor said during his Inglourious Basterds speech that the Jedi have an ich to do good and help people. Obi-Wan seems to have lost that itch. I’m sure there will be some fans that compare a reclusive and apathetic Obi-Wan to how Luke was in The Last Jedi, but those are the facts: when people get old and lose, they tend to also lose their youthful optimism. Obi-Wan has buried his lightsaber in the sand and doesn’t interfere with other people’s suffering, not even helping the fugitive Jedi when he seeks Obi-Wan out for help. Obi-Wan’s just there to chop meat, and keep an eye on young Luke to keep him safe, and train him if need be, much to Uncle Owen’s disdain.

That all changes due to events on the other side of the galaxy. Bail Organa and his wife is raising his adoptive daughter Leia on Alderaan. A young 10-year-old kid full of spunk and excitement has no desire to grow up and learn how to be a senator. But as her father tells her (the always wonderful Jimmy Smits returns) her desire to not be a senator will make her a great senator. After spending the day doing a family political event (and using her Force-related intuitiveness to rake her older cousin a new one), she opts to run off into the woods for some reclusiveness. Unfortunately for young Leia, she’s captured by some bounty hunters led by… Flea from The Red Hot Chili Peppers?!?! Knowing how important Leia is, there’s only one person he can trust for her rescue, but of course, Obi-Wan has cold feet.

After finally deciding to help rescue Leia, he unearths his lightsaber and departs off-world (thank God this show won’t take place strictly on Tatooine), he departs to go and rescue Leia. Unbeknownst to him, this was all a plot in motion set by Reva, who REALLY wants to capture Obi-Wan. She knows that Obi-Wan has a connection to Bail Organa, so kidnapping the guy’s kid is a good way to pull Obi-Wan out of hiding. However, she’s on her own island as both The Gran Inquisitor and Fifth Brother are not feeling how needlessly aggressive she’s being. It’s almost like she has something to prove.

Obi-Wan fares a ship to Daiyu, a planet similar looking to Coruscant, but with all the lawlessness of Tatooine to find Leia. Upon landing there, Obi-Wan comes across a homeless veteran of the Clone Wars, and Temuera Morrison plays a former clone trooper from the 501st Legion. After meeting a drug dealer, Obi-Wan encounters a “Jedi.” This Jedi (played by none other than Kumail Nanjiani) seems to have powers, but is really using magnets for an elaborate con to get credits from unsuspecting people. Nanjiani is back to doing comical roles after his turn as a superhero in The Eternals. Obi-Wan sees through the con and then uses him to try and find out who took Leia and where they are.

Obi-Wan rescues Leia from her captives and so continues the Star Wars TV shows’ tradition of having a “lone wolf and cub” theme for their shows. Just like Baby Yoda/Grogu from The Mandalorian and Omega from The Bad Batch, Star Wars likes pairing kids with their heroes on adventures. Leia is talkative, intuitive, and annoying to Obi-Wan as they try to figure out a way off Daiyu. Unfortunately, Reva and the other Inquisitors are on the planet as well. The Grand Inquisitor chastises Reva for kidnapping a senator’s daughter to try and lure Obi-Wan out of hiding. Obi-Wan is forced to stay a step ahead of not only the Inquisitors, but also the countless bounty hunters Reva activated to try and find Obi-Wan. Only when he gets separated from Leia during a chase sequence does Obi-Wan even use The Force (which he was disconnected from for the past 10 years) to save her.

Just as the chips are down, the con man comes to his rescue and tells Obi-Wan where to get a ship to take him and Leia off-world. Just as Obi-Wan is about to get on the ship, Reva has chased him down. While it seems like we’ll be treated to our first lightsaber fight of the series, instead the Grad Inquisitor and Reva get into an arguing match about Obi-Wan and Reva’s recklessness. Reva’s had enough of his crap and is too driven as she plunges her lightsaber into the Gran Inquisitor’s stomach. This will create a huge problem for the show regarding the timeline. Rebels is in fact, cannon. And in Rebels, the Grand Inquisitor dies in a lightsaber fight against Kanan and Ezra, which takes place a few years after the events of Obi-Wan Kenobi in the Star Wars timeline. Sure, the Grand Inquisitor is a title among the Inquisitors, but he looks to be the same species as from Rebels. Maybe he’s not dead, but if he is, the message boards and Twitter are going to be commenting like crazy.

Obi-Wan manages to escape in all the confusion, but not before Reva tells him that Darth Vader has been looking for him for 10 years. This shakes Obi-Wan to his core as he believed he killed his former student on Mustafar. Helps fill in a few gaps like, “how did Obi-Wan know what Vader looked like in the armor in A New Hope since technically the last time he saw Anakin as “Vader” he wasn’t wearing the suit yet. Now we get our answer. And we also get Hayden Christensen back as Vader in the bacta tank! Can’t wait for their rematch!