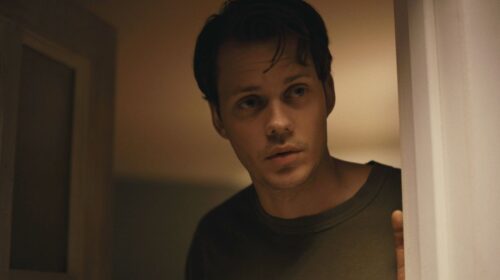 Horror movies and creepy rental homes. Yeah, sounds like a perfect pair. In the new film Barbarian, a woman staying at a rental discovers that some of the previous tenants…well, they never left.

The film stars Bill Skarsgard, who will forever carry the ominous air of Pennywise all over him, and Krypton actress Georgina Campbell. Based on this trailer, the rental home was accidentally double-booked, but when the woman agrees to stay, she takes a look in the secret basement door (already a mistake!) only to discover she has a lot more to fear than just an extra houseguest.

Also in the cast are Justin Long, Matthew Patrick Davis, Richard Brake, Kurt Braunohler, and Jaymes Butler. Behind the camera is The Whitest Kids U Know comedian Zach Cregger in his feature debut. He also wrote the script.