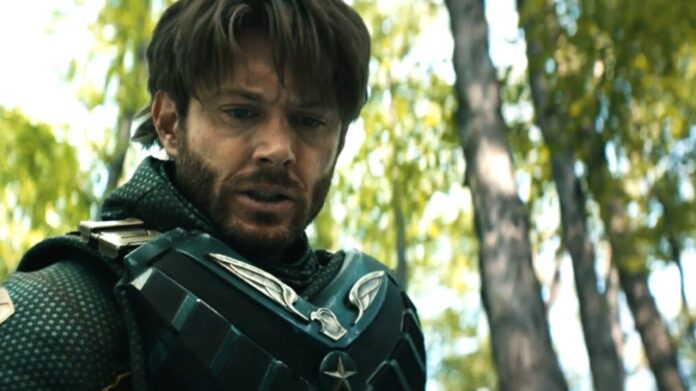 It’s going to be a rough season for Homelander (Antony Starr). In The Boys‘ third season, the posterboy for The Seven must rebuild his image after going Goddamn nutty in love with the psychopathic, super-powered Nazi, Stormfront, something that has destoryed his carefully crafted persona. Of course, he’s just as batshit as ever.

Oh, and let’s not forget that his enemy, Billy Butcher (Karl Urban), is channeling his grief over the death of the woman he loved at the hands of her son by going straight…until he’s offered a shot to become a super himself. And we get to see him put those newfound powers into action right away, just as we also get our first look at Jensen Ackles as the deranged Captain America analog, Soldier Boy.

If season 2 showed us what it looks like when a WWII-era Nazi is given Compound V, this season will give us a similar story from the Allied perspective.