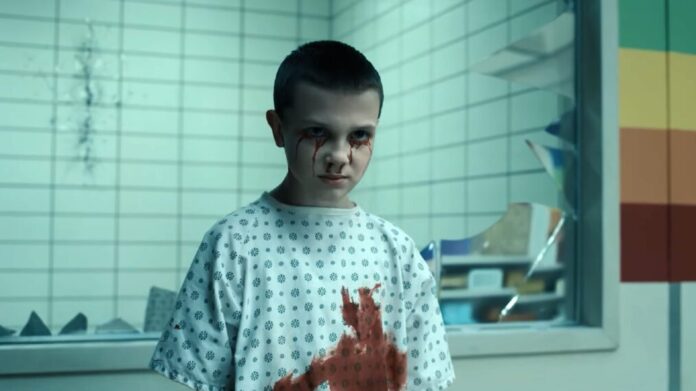 Did you know today is National Streaming Day? Yeah, some corporate stooge came up with that phony holiday to try and lure you into a subscription you probably don’t need. And to do that, they’re dropping teasers for new and returning shows everywhere. Netflix is getting into the game today with the first eight minutes of Stranger Things season 4.

After a fairly wholesome start, this opening bit of footage comes to a bloody, violent conclusion. I’ll let you watch and see for yourself, but it’s an ominous start to the show that fans have been waiting three long years to return.

That said, the Duffer Brothers have made the wait worth it. Season 4 will be 5 hours longer in length than any other season, with episodes 7 and 9 of feature-length runtime. Episode 7 will clock in at 98-minutes, and nearly 2 1/2 hours for season finale episode 9! Even episode 8 will run for 85-minutes.

We’ve known for a while the season would be split into two volumes, but now we can see the unorthodox way of its division. The first seven episodes will land on May 27th, so only a week away for those, while the final two episodes hit on July 1st.

Teaser For ‘Stranger Things’ Season 4 Vol. 2 Reveals An Evil That Can’t Be Stopped