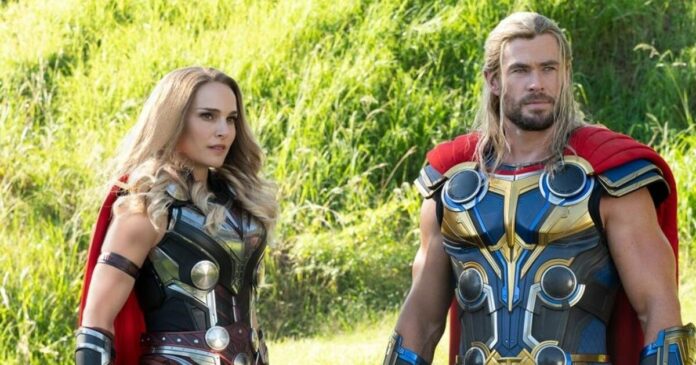 A fourth Thor movie??? Yeah, after the success of Thor: Ragnarok brought by director Taika Waititi, Marvel Studios couldn’t just let the thunder god’s story end there. So it’s somewhat ironic that that Thor: Love and Thunder doesn’t give Chris Hemsworth’s Odinson the spotlight, but instead he shares it with Natalie Portman who returns to the franchise as the Mighty Thor.

The big hook of this film is Portman returning as Jane Foster, who has now become the Mighty Thor. We see that she and Thor have been apart for quite some time (he’s been counting down the days), so to see her back and all suped-up with the mantle that was once his alone…well, it comes as quite a shock.

Fans of the Mighty Thor’s portrayal in the comics are given a lot to get excited about. This is no mere cameo and she looks to be as big a part of this story as Thor. Finally, Marvel is making the best use of an Oscar winner of Portman’s talents.

The new trailer also gives our first real look at Christian Bale’s Gorr the God Butcher in action. As his name suggests, Gorr has lost faith in gods and has been slaughtering deities everywhere he goes, which is something the Thors obviously want to stop. We also get more footage of Russell Crowe as Zeus, Tessa Thompson’s return as Valkyrie, and quite a bit of Waititi as Korg.