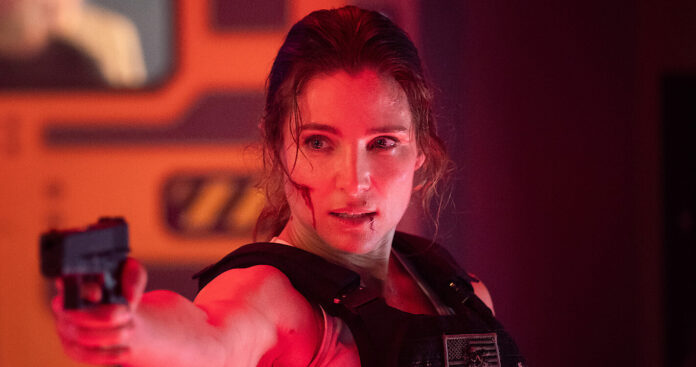 While high-octane action flicks seem to have died a quiet death on the big screen (RIP Ambulance), they have found a home at Netflix. The streamer has invested in the genre quite heavily with Extraction, The Old Guard, Red Notice, 6 Underground, and others. And now you can add Interceptor to that list; a film featuring Fast & Furious actress Elsa Pataky and Luke Bracey of that terrible Point Break remake.

Pataky, who was a badass in the F&F flicks, plays Capt. JJ Collins, who must defend a lone missile interceptor base in the Pacific from an attack led by a rogue ex-military officer, played by Bracey.

This is exactly the kind of action movie I look for, and it marks the debut of The Tournament author Matthew Reilly. He also co-wrote the screenplay with Collateral writer Stuart Beattie, so quite a lot of potential from this one.

The tough and reality-bruised Captain JJ Collins (Elsa Pataky) finds herself in charge of a lone nuclear missile interceptor base in the middle of the Pacific Ocean after she is wrongfully drummed out of her dream job at the Pentagon. When a simultaneous coordinated attack then threatens the base itself, Collins comes face-to-face with the charismatic yet crooked Alexander Kessel (Luke Bracey), a former US military intelligence officer intent on carrying out an unthinkable plan. With only minutes on the clock, Collins must utilize her years of tactical training and military expertise to determine who she can trust and stop Kessel and his covert mercenaries from completing their twisted and terrible mission.