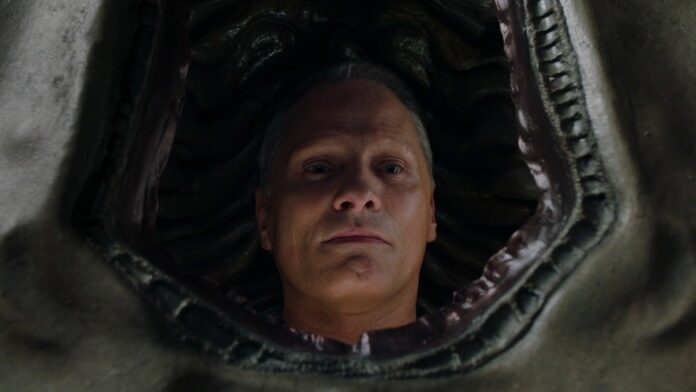 We closely associate David Cronenberg with horror, specifically body horror, but the fact is he hasn’t touched the genre in over two decades with ExistenZ. But the man is back, and in his first film since 2014’s Maps to the Stars, Cronenberg is coming to Cannes with the star-studded Crimes of the Future, starring Viggo Mortensen, Léa Seydoux, and Kristen Stewart.

Following on the teaser from last month, Crimes of the Future might share a name with Cronenberg’s short film from 1970, but it’s not a remake. And based on the footage in this trailer, it’s definitely the darkest, most macabre film he’s made in quite some time. Here’s the synopsis:

As the human species adapts to a synthetic environment, the body undergoes new transformations and mutations. With his partner Caprice (Léa Seydoux), Saul Tenser (Viggo Mortensen), celebrity performance artist, publicly showcases the metamorphosis of his organs in avant-garde performances. Timlin (Kristen Stewart), an investigator from the National Organ Registry, obsessively tracks their movements, which is when a mysterious group is revealed. Their mission: To use Saul’s notoriety to shed light on the next phase of human evolution.

‘The Shrouds’: David Cronenberg To Reunite With Vincent Cassel For Supernatural Thriller