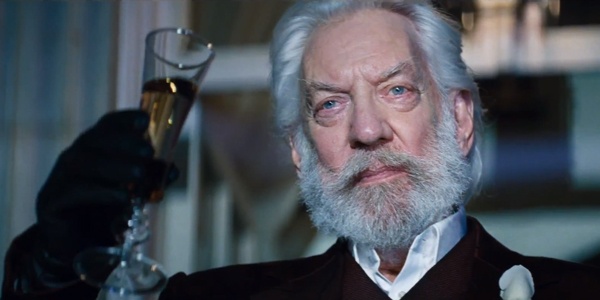 We knew it was coming. The return to Panem is now confirmed, as Lionsgate has announced The Hunger Games prequel movie, The Ballad of Songbirds and Snakes, will hit theaters on November 17th 2023.

Attached to direct is Francis Lawrence, who previously helmed The Hunger Games: Catching Fire and both Mockingjay sequels. Lawrence is to The Hunger Games what David Yates is to Harry Potter, I guess.

The Ballad of Songbirds and Snakes is an adaptation of author Suzanne Collins’ book which centers on a young Coriolanus Snow, future bloodthirsty president of Panem. Here’s the book synopsis:

It is the morning of the reaping that will kick off the tenth annual Hunger Games. In the Capitol, eighteen-year-old Coriolanus Snow is preparing for his one shot at glory as a mentor in the Games. The once-mighty house of Snow has fallen on hard times its fate hanging on the slender chance that Coriolanus will be able to outcharm, outwit, and outmaneuver his fellow students to mentor the winning tribute.

The odds are against him. He’s been given the humiliating assignment of mentoring the female tribute from District 12, the lowest of the low. Their fates are now completely intertwined — every choice Coriolanus makes could lead to favor, failure, and death. Inside the arena, it will be a fight to the death. Outside the arena, Coriolanus starts to feel for his doomed tribute . . . and must weigh his need to follow the rules against his desire to survive no matter what it takes.

That female tribute, Lucy Gray Baird, also being from District 12 just as Katniss Everdeen will be 60 years later, undoubtedly influences his interest in the future Mockingjay.

Next up, casting. So far there have been no announcements, but it’ll be interesting to see who they get to play Snow, and if Donald Sutherland comes back to do bookend scenes.

Rachel Zegler To Play Lucy Gray Baird In Prequel ‘The Hunger Games: The Ballad Of Songbirds And Snakes’