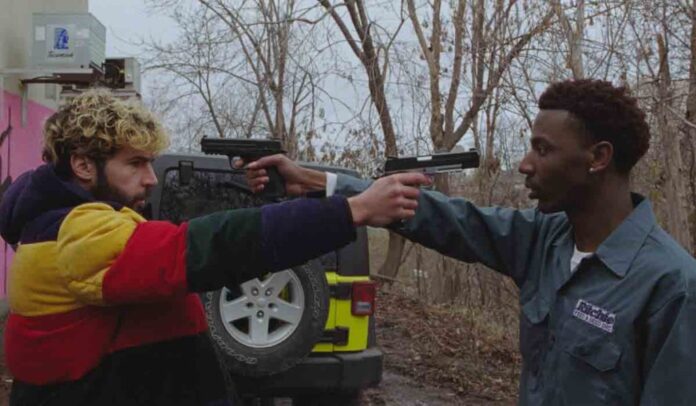 You may have heard rumblings about Jerrod Carmichael’s film On the Count of Three, and wondered to yourself where it can be found. Well, the buzz surrounding this tremendous film, about two best friends living their final day before completing a suicide pact, was picked up by Annapurna shortly after debuting at the 2021 Sundance Film Festival. Why the long wait? Nobody knows, but the film has a date now, and it’s not even that far away: May 13th.

Carmichael not only directs but stars alongside the underrated Christopher Abbott in a film that explores how far one would go for a friend. Would you kill for a friend? Would you die for a friend? And how would you spend your last day on Earth?  It’s a sobering drama about depression, mental illness, and suicide masquerading as a buddy comedy, and it should not be missed. You can find my review from last year right here.

Also starring Tiffany Haddish, JB Smoove, and Henry Winkler, On the Count of Three gets a limited release on May 13th.