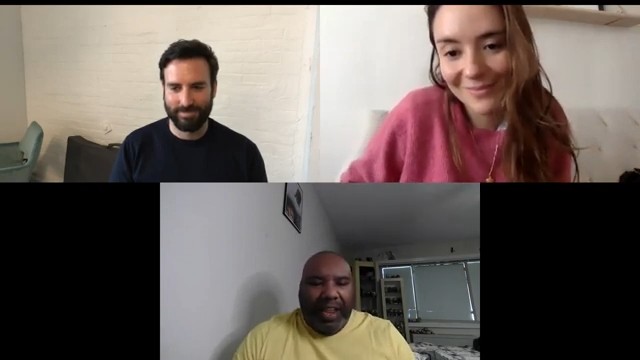 Why don’t dinner parties ever go well in the movies? Because that would be pretty boring, wouldn’t it? One such evening goes terribly wrong in IFC Midnight’s latest thriller, Barbarians. The film is written and directed by Charles Dorfman, and stars Iwan Rheon, Catalina Sandino Moreno, Inès Spiridonov, and Tom Cullen.

Dorfman’s feature debut centers on a dinner party meant to celebrate a high-value property deal, only for lies, insecurities, and a barbaric turn of events force everyone to fight for their lives.

I’ve been such a huge fan of Moreno since her breakout debut in Maria Full of Grace, so it was a real treat for me to speak with her and Dorfman about Barbarians, and what it was like to put such an intense thriller together.

You can check out my review of Barbarians here, and my interview with them below!