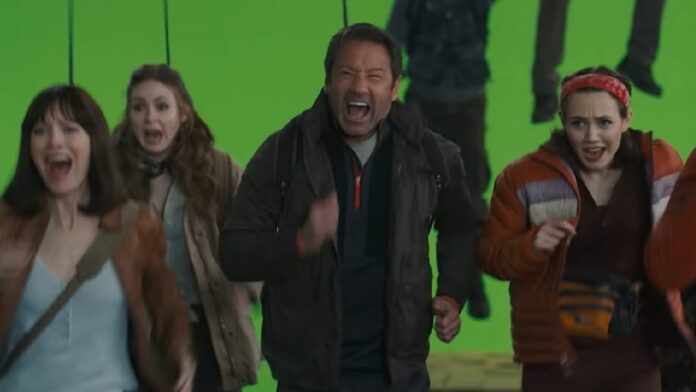 Netflix and Judd Apatow are having some fun with the filmmakers pandemic showbiz comedy, The Bubble. It’s not often that you get a full phony trailer for the ridiculous franchise flick being shot within the movie. And while that was cool and very funny, it’s only now that we’re getting the real thing with actual footage.

Apatow directs and also co-wrote the script with Pam Brady.

The Bubble hits Netflix on April 1st, which sounds about right.