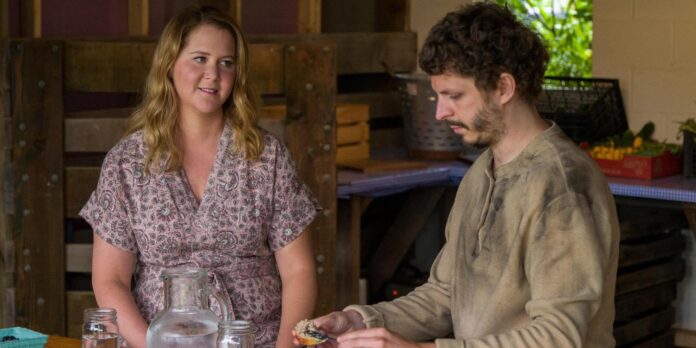 Six years after her Emmy-winning Comedy Central show went off the air, Amy Schumer is back with a new scripted series. Unlike the often surreal and satirical sketches that appeared on Inside Amy Schumer, her newest endeavor is a lot more personal. Infused with elements from her real life, Life and Beth evolves from a surreal comedy to a grounded and humorous coming of age tale, set in the life of a close-to-40-year-old woman.

In her return to TV, Schumer (who executive produces and writes/directs a few episodes of the series) plays a wine rep named Beth, who is stuck in patterns that make her unhappy. Her relationship with her mother is tense, she doesn’t love her inattentive boyfriend, and she is stuck at a job she tolerates at best. She seems to be fine sailing through life on charm alone until the death of someone close to her causes her to move back to her childhood home in Long Island.

What follows is how many of these stories go: she breaks things off with her boyfriend (Schumer’s long time collaborator Kevin Kane), forces a change in her career, reconnects with childhood friends (led by the underused Yamaneika Saunders), tries to bond with her sister (Susannah Flood), and connect an awkward farmer and chef named John (Michael Cera). Through all these changes, Beth is forced to grapple with childhood trauma. While something like this could be seen as cliché, Schumer’s biting humor and surrealism freshen up the premise. You know this show is different from the first episode when Broadway diva Laura Benanti shows up in elderly prosthetics to play Schumer’s mother.

Adding to the surreal nature of the first couple of episodes are cameos from some of Schumer’s famous friends. David Byrne pops up as Beth’s doctor. Hank Azaria takes a turn as a funeral director. Jonathan Groff plays a fuck boy trainer hellbent on making sure Beth doesn’t get pregnant. If you know anything about current comedians, the supporting cast is round out by many of Schumer’s contemporaries. You never know who might show up and who you might recognize, adding to the show’s loose feel.

While the tonal transition is messy with a few missteps, there’s a sweetness and relatability to the piece that we’ve started just started to see from Schumer. Those who have followed the comedian’s career closely know about her personal life in recent years, as documented in HBO’s Expecting Amy, a miniseries that followed her pregnancy with her son Gene and the shaping of her 2019 Netflix special Amy Schumer: Growing. In it, she talks in detail about finding out about her husband Chris Fischer’s diagnosis on the Autism spectrum and how he was once a farm-to-table chef on Martha’s Vineyard.

Cera’s John is clearly infused with those elements. His awkward and direct, but never malicious demeanor is exactly the kind of role Cera excels at. However, this version feels more mature, one the former Arrested Development actor fits really well. Though he is no stranger to playing a love interest, Cera has never played one so grounded and likeable before.

Schumer’s work has always been divisive, saying things and crossing lines women aren’t supposed to say. Here, the personal approach Life & Beth’s creative team pulls off lasts longer than any joke said for shock value. There’s a sweetness there, proving that Schumer’s career is aging like a fine wine. 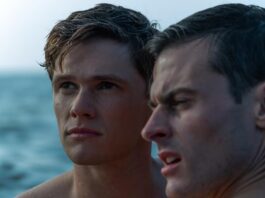 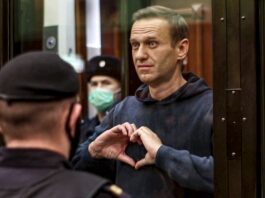 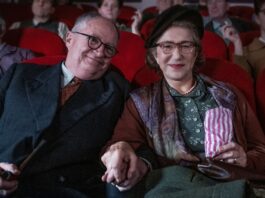