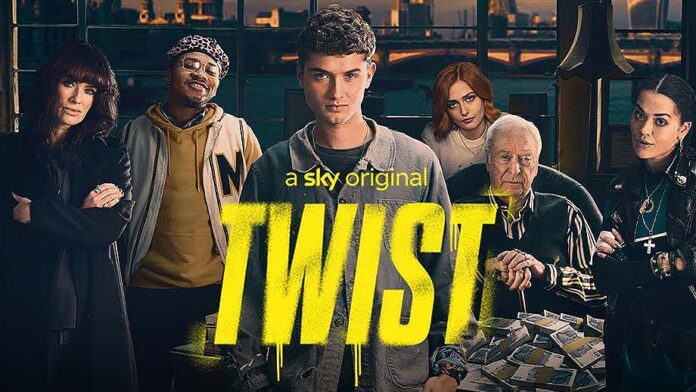 Do we need modern adaptions of classic novels? With modern reworkings of the Austen classics Persuasion and Pride & Prejudice in the works, Hollywood has to figure out how to make the source material accessible to a younger audience and still stay true to the original work. The new film Twist tries to be a relevant retelling of Charles Dicken’s Oliver Twist and fails to be the story Gen-Z is searching for. 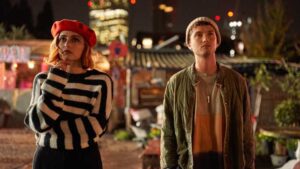 Like his literary counterpart, this version of Oliver Twist (Rafferty Law) is still an orphan living on the streets of London, this time with a knack for parkour and art. While breaking the law, he meets two fellow petty criminals Dodge (Rita Ora) and Batesy (Franz Drameh) who leads him back to their hideout, governed by their elderly leader Fagin (Michael Caine). There he meets Nancy/Red (Sophie Simnett), who he falls head over heels for immediately and the entire group starts working a job stealing a painting from an art dealer for the crime boss Sikes (Lena Heady). Soon Oliver finds himself in over his head and questions his newfound family.

From its opening credits with shaky cam, parkour, and graffitied cast and crew’s names CGI’d on the wall, Twist feels less like an action film and more like a hokey and inauthentic retelling of Oliver Twist. The British rock revival soundtrack drowns out the dialogue and is ultimately distracting. Its script is cliché and doesn’t make sense half the time. For example, to justify his adolescent crime ring,  Michael Caine says at one point to Oliver, “It’s called surviving. It’s what we do to survive.” While he might not get the roles he used to, Caine feels so much better than a try-hard remake of a Dickens novel that refuses to pack a relevant punch. The original novel was a commentary on child exploitation, while this take doesn’t feel like anything. 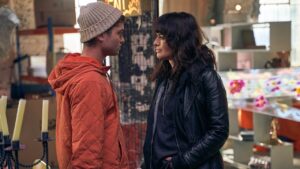 Like Caine, Heady deserves a better part than the one she is given. Giving the only real quality performance in the entire film, the Game Of Thrones alum easily acts circles around both the younger cast and the dreadful script. Rafferty Law (whose dad is Jude Law) is at the same time too earnest and too wooden to play an endearing Oliver Twist and the rest of Fagin’s gang play one-note archetypes that spew out exposition constantly.

If Twist is an indication of where adaptions are headed – Please Sir, I don’t want anymore.

You can catch Twist in theaters, on digital, and on demand. Watch the trailer below.