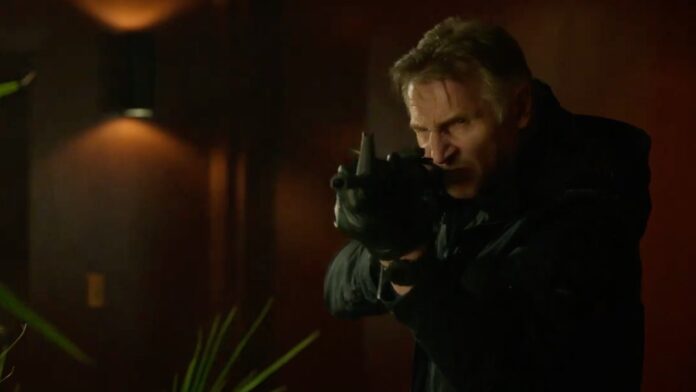 Liam Neeson isn’t playing one of the good guys in his upcoming action flick, Memory. While he’s still got a particular set of skills which includes beating up or killing a bunch of people despite his advanced age, this time he’s actually on the wrong side of the law. Of course,he also has an affliction that makes him very sympathetic.

Neeson plays elite assassin Alex Lewis, who we see ruthlessly taking out a target with top precision. But there are problems starting to emerge for Alex. His memory is starting to slip, and that has made it easier for the FBI to get a bead on him. Furthermore, Alex has become a target after refusing to complete a job that goes against his personal code.

The film is directed by veteran director Martin Campbell, who just helmed another adult-geared assassin movie last year, The Protege. It’s based on the book by Jef Geeraerts that was adapted into the 2003 Belgian thriller The Memory of a Killer.

Neeson is joined by Guy Pearce and Monica Bellucci in the cast, so yeah, this is definitely geared towards an older audience. Nobody saw The Protege, which is a damn shame, but I want them to keep making these mature thrillers until something breaks through.