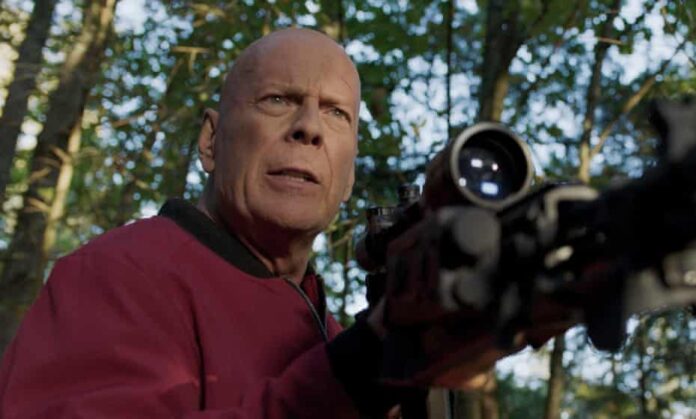 The newest Bruce Willis action sci-fi flick is here in Apex. It seems like every time you look up, Willis has another B list movie coming out. Apex is no different. Once a cop, Thomas Malone (Bruce Willis) is now serving a life sentence in prison without parole. Don’t let his advanced age fool you, Malone has compiled quite the body count in his wake. Malone is approached by the Apex gamemaster with an offer that is too good to refuse. If Malone can survive and win the game, he’s guaranteed freedom. Simple enough, right? Of course, the game is to survive against 6 hunters equipped with a plethora of weapons on a remote island. 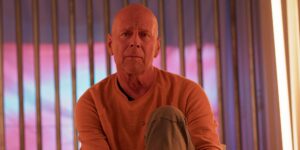 6 wealthy and bored individuals have paid a king’s ransom to participate in the monthly hunt. Dr. Rainsford (Neal McDonough) is the consistent game champion and has become bored at his lack of competition. Rainsford’s complaints are what led the gamemaster to bring in Malone. Carrion (Corey Large), Bishop (Nels Lennarson), and Lyle (Lochlyn Munro) are the three testosterone filled hunters who always butt heads. Ecka (Trevor Gretzky) is the baby of the group just trying to get his fathers approval. Lastly Jeza (Megan Peta Hill) carries herself with a deadly confidence that she will waste no time in backing up. While the group underestimated Malone at first, they quickly find they shouldn’t be judging a book by it’s cover. 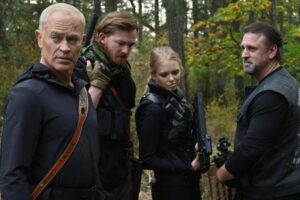 Apex isn’t unique in its premise. There have been numerous films with the same basic plot, as recently as 2020’s The Hunt. However, the sci-fi and futuristic aspects make it stand out slightly from the crowd. There are some neat, and believable, sci-fi elements that Drake & co incorporate into the film. Even with many of these elements being simple, they help keep the audience engaged and drawn into the environment. While far from the action gems in his heyday, Willis brings much needed enthusiasm to this performance. Certainly more than he has shown in recent films like American Siege (which you can find my review of here). Drake manages to deliver subtle humor through dialogue and elements in the background. They are mostly successful and add an important element to Apex. While not Willis’s finest film, there are many worse. Apex is worth the quick watch.