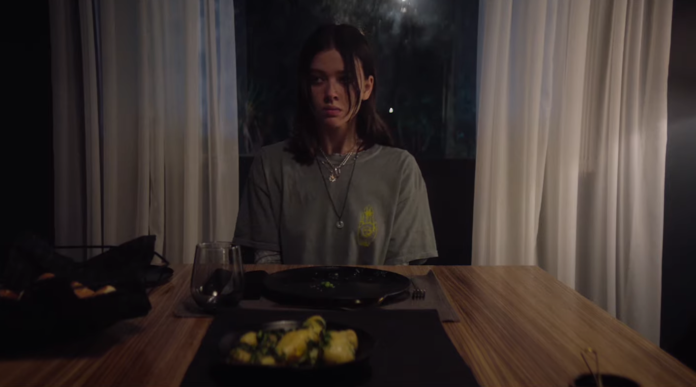 Holly (Sienna Guillory) is trying to be the best mother she can in A Banquet. She is recently widowed after a horrific encounter that her daughter Betsey (Jessica Alexander) witnessed alongside her. Holly is now left trying to raise Betsey and her younger sister Isabelle (Ruby Stokes) alone. Well, her mother June (Lindsay Duncan) pops in and out. Although that’s mostly to undermine Holly and her parenting style. Holly is doing all she can to keep the family afloat. Easier said than done as she not only has the emotional strain for herself and children but mounting financial burdens. 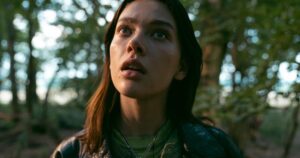 To add to the family’s troubles, Betsey’s life takes a turn at a party with her boyfriend Dominic (Kaine Zajaz). Betsey is forever changed after having a transformative experience in the woods. She has visions of what is coming and believes she now belong to a higher power. On top of that, food and even the thought of eating, makes her nauseous. Malnutrition and health aspects aside, this throws a wrench in all the meals Holly pridefully (and meticulously) makes. At first Holly thinks nothing of it. Her next thought is it must be a psychological issue. However, weeks go by and Betsey isn’t losing any weight. Plus the frequency of her visions increases. Holly begins to think there must be something more going on than she initially thought.

A Banquet is directed by Ruth Paxton and written by Justin Bull. A Banquet is the feature length debut for Paxton and only the second feature length script for Bull. There were certain moments where Paxton really impresses. She manages to create an atmosphere that is truly unsettling. Paxton turns everyday acts like cooking and eating dinner into moments that make your skin crawl. Everything seems to be poised in a way to make the viewer as uncomfortable as possible. From the camera shots and zoom during food preparation, to the over exaggerated noises of silverware scraping on plates. The rhythmic beating of single notes in the background only compounding the feelings. Paxton is able to transpose her character’s madness onto the audience, and extremely effectively. 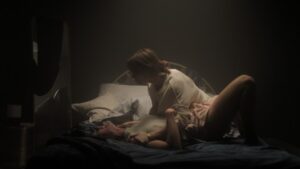 However, there are certainly numerous instances where A Banquet falls short of making itself stand out in the horror genre. First and foremost, is the lack of scares. There are tense scenes and moments of dread, but not enough to satisfy. The film seems to be building and building towards something and ultimately falls short. The narrative and script become jumbled at times. It proves difficult to discern what, if anything, is truly happening. The performances, most notably Guillory and Alexander’s, are impressive and help overshadow some of A Banquet’s shortcomings. There are certain scenes and shots that are powerful enough to have a lasting effect. When the dust settles A Banquet does not reinvent the wheel and does drag a bit. However, the atmosphere created and performances make it worth a watch.