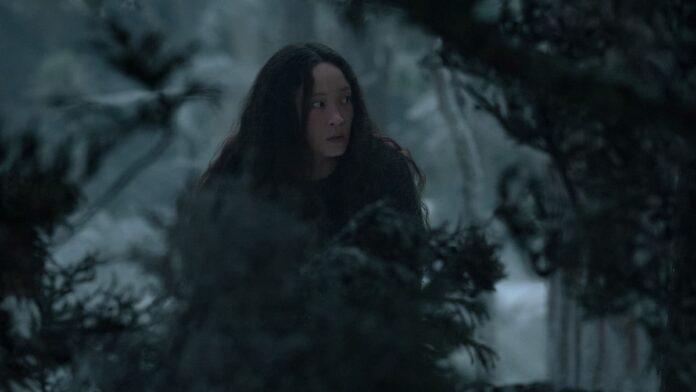 A lone woman, a dangerous blizzard, and a group of complete strangers. It’s a nasty mix that is destined to be the stuff of nightmares, and that’s what the new trailer for No Exit promises, led by Mayday actress Havana Rose Liu.

In her feature debut as a leading lady, Havana Rose Liu plays Darby, a young woman racing to a family emergency, but is sidelined by a blizzard. Stranded in a nearby rest area with a group of strangers, Darby discovers an abducted girl and finds herself in a life or death struggle to survive.

The film is directed by Damien Power (Killing Ground), with a script by Ant-Man & the Wasp writers Andrew Barrer & Gabriel Ferrari. Scott Frank, known for The Queen’s Gambit, The Lookout, and Godless, is aboard as producer. Joining Liu in the cast are Dale Dickey, Dennis Haysbert, David Rysdahl, Mila Harris, and Danny Ramirez.

20th Century Studios will release No Exit on Hulu on February 25th.