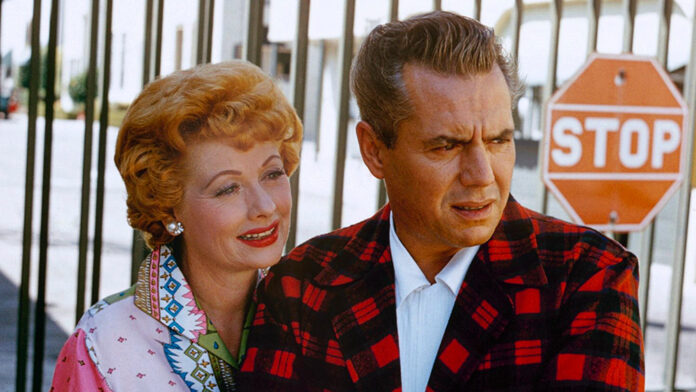 In case Aaron Sorkin’s Being the Ricardos wasn’t enough I Love Lucy for ya, Amy Poehler is here with just a little bit more. Debuting at Sundance recently was Poehler’s documentary, Lucy and Desi, which our reviewer Cortland liked quite a lot. The film goes deeper into the iconic comedy duo’s relationship and partnership, using a combination of archival footage, and interviews in the past and present.

Here’s the synopsis: From director Amy Poehler, Lucy and Desi explores the unlikely partnership and enduring legacy of one of the most prolific power couples in entertainment history. Lucille Ball and Desi Arnaz risked everything to be together. Their love for each other led to the most influential show in the history of television, I Love Lucy. Desi—an immigrant from Cuba who lost everything in exile, became a band leader, and eventually a brilliant producer and technical pioneer. Lucille came from nothing and, with an unrivaled work ethic, built a career as a model, chorus girl, and eventually as an actor in the studio system. She found her calling in comedy, first in radio. When Lucille was finally granted the opportunity to have her own television show, she insisted that her real-life spouse, Desi, be cast as her husband. Defying the odds, they re-invented the medium, on the screen and behind the cameras. The foundation of I Love Lucy was the constant rupture and repair of unconditional love. What Lucy and Desi couldn’t make work with each other, they gave to the rest of the world. Lucy and Desi is an insightful and intimate peek behind the curtain of these two remarkable trailblazers—featuring interviews with Lucie Arnaz Luckinbill, Norman Lear, Desi Arnaz Jr., Carol Burnett, and Bette Midler.

Poehler has been making waves behind the camera lately. She recently directed the feminist film Moxie which hit Netflix in 2021. It’s unclear what has spurred on this sudden wave of Lucille Ball and Desi Arnaz interest, but their fans are going to be happy.