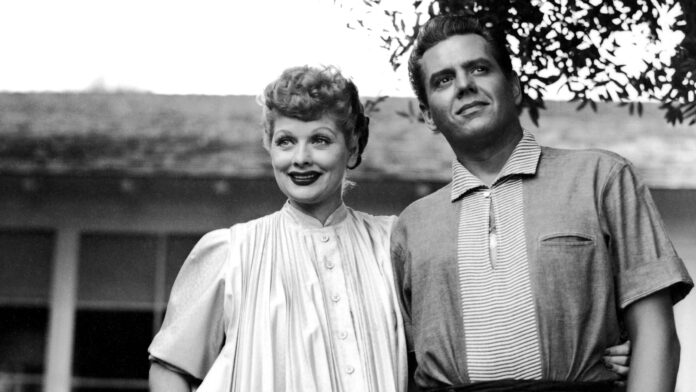 You may think you know Lucille Ball and Desi Arnaz, but Amy Poehler would beg to differ. In her documentary debut, the Saturday Night Live alum reflects on the global impact the iconic I Love Lucy couple had on television and culture, even when it was to their detriment. Whether you know a little or a lot about Ball and Arnaz’s marriage, Poehler always finds something new to explore using home videos and audiotapes provided by the couple’s daughter Lucie Arnaz Luckinbill.

As a comedy icon herself, Poehler understands just how to present Ball’s and Arnaz’s contributions to the form, clarifying how certain bits worked. Presenting their lives from birth to their moves to Hollywood, to appearing in B-movies, to their meeting, to the creation of I Love Lucy and beyond, Poehler’s presentation of cause and effect is deliberate. Carol Burnett and Bette Midler testify to how supportive a mentor Ball was to their own careers. The typical three-camera setup we see in most sitcoms was invented by Arnaz. One of the film’s more moving scenes is the detailed explanation of Arnaz’s refugee experience. Instead of covering that early on with Ball’s birth and upbringing, Poehler chooses to use the scene to explain Arnaz’s work ethic.

Poehler does a wonderful job depicting the relationship and real personalities of these two icons. However, her fondness for her subjects fails to provide a completely accurate portrayal of the couple. Arnaz’s numerous affairs are glossed over. By the time these allegations are mentioned, Poehler argues that Arnaz’s need for more comes from his childhood in Cuba and his subsequent refugee status. Instead of being truthful about his infidelity, it’s as if Phoehler believes his characterization can’t withstand any negative imaging. While it’s evident the film’s director idolizes Arnaz and Ball, the hero worship gives us a polished and glossy presentation, rather than always showing them as real people.

Lucy and Desi comes on the heels of Aaron Sorkin’s biopic Being the Ricardos, which premiered on Amazon Prime in December. Documentaries already have an advantage over fictionalized retellings. However because Poehler uses their own words to tell their story and not an amalgamation of true events over one week’s time, the story feels more accurate to who Ball and Arnaz actually were.

Overall, Poehler creates a sleek and heartfelt tribute to arguably pop culture’s most famous couple. It’s a testament to the impact a love can have. I Love Lucy was created so Arnaz wouldn’t have to tour as often. Reruns and syndication were basically invented so Ball could give birth to her son, Desi Jr, with time to recover. As Poehler proves over and over again, we have many reasons to love Lucy and Desi.

Lucy and Desi will premiere on Amazon Prime Video on March 4.