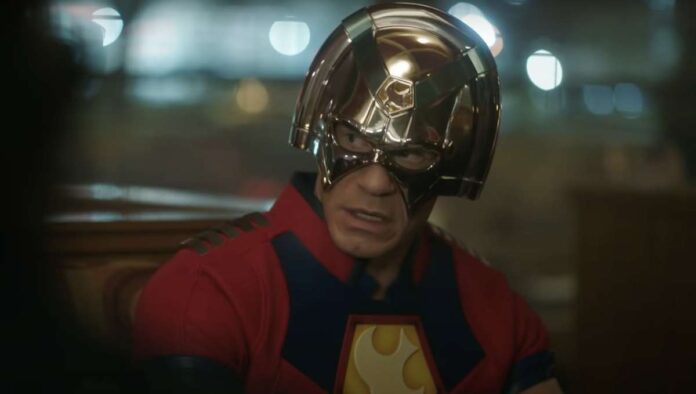 It’s official, we’re going to see more of that awesome Peacemaker opening dance number on HBO Max. The network and James Gunn have confirmed Peacemaker season 2 is a go, with John Cena once again donning the bucket helmet of the Suicide Squad‘s most notorious (secretly sensitive?) member, who has evolved quite a bit since we first met him.

That’s right, #Peacemaker is coming back for Season Two. Thanks to Peter Safran, @JohnCena, our incredible cast & crew, our wildly supportive & lovely friends at @HBOMax – and mostly all of you for watching! @DCpeacemaker pic.twitter.com/wZSZBivrDQ

The series has been doing great numbers for HBO Max, and all signs pointed to it getting renewed. Peacemaker was an odd choice to get his own spinoff, given that he ended the movie by killing one of the popular original characters, but Gunn did something many thought impossible. He made Christopher Smith aka Peacemaker someone we could care about, laugh at his stupidly insensitive jokes, and even hope gets his version of a happy ending.

“Learning about and eventually becoming #PEACEMAKER was an exercise in exploring the fun and absolutely genius mind of @JamesGunn. It’s been a privilege to work on this show and with the cast, crew and @hbomax team. Elated to say we’ll be back to create more peace for Season [2]. I am incredibly honored and humbled by the response to Peacemaker and the experience of playing this character. Thank you to James Gunn, Peter Safran, HBO Max, the crew, and my castmates who worked tirelessly to make this unforgettable series.”