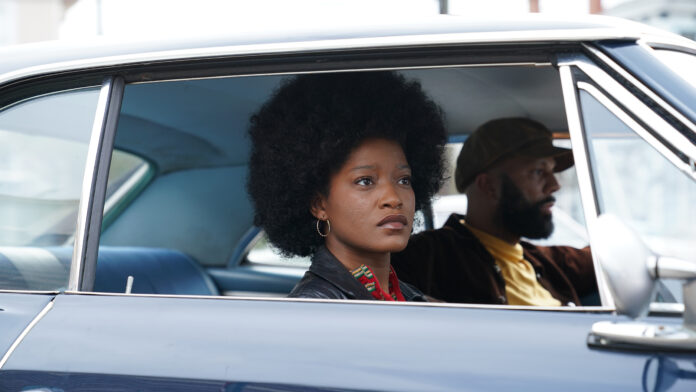 Ever since Keke Palmer breakthrough performance in Akeelah and the Bee, it was clear she’s a force of nature. And we’ve seen that all throughout her career, despite not having many leading roles to call her own. Well, that changes with Alice, a blaxploitation thriller from writer/director Krystin Ver Linden that debuted at the Sundance Film Festival.

Based on true reports, Alice centers on a Black slave on a Georgia plantation who yearns for escape. Finally making good on her plan, she flees only to encounter a highway. The year is actually 1973, and Alice must make sense of what being Black means in an entirely different era, while also finding a way to get revenge on those who kept her enslaved.

It’s a film with loads of potential for a slick, contemporary vengeance movie done in blaxploitation style, but it didn’t click with me despite Palmer really committing herself to the role. There are too many corners cut by Linden that simply couldn’t be excused. That said, if Vertical markets this right it can fit neatly alongside the works of Jordan Peele and others that use genre to examine race.

Alice will open in theaters on March 18th.

Alice yearns for freedom as an enslaved person on a rural Georgia plantation. After a violent clash with its brutal and disturbed owner, Paul, she flees through the neighboring woods and stumbles onto the unfamiliar sight of a highway, soon discovering the year is actually 1973. Rescued on the roadside by a disillusioned political activist named Frank, Alice quickly comprehends the lies that have kept her in bondage and the promise of Black liberation. Inspired by true events, Alice is a modern empowerment story tracing Alice’s journey through the post-Civil Rights Era American South.