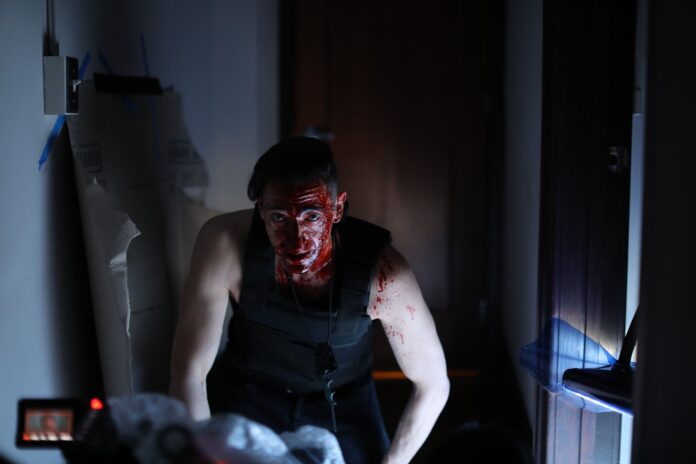 You never know what people have gone through. What path they have taken and the trials and tribulations they have endured to find themselves where they are. What someone shows on the outside may not be indicative of what they are bottling up inside. In Clean, we find out exactly what is lurking beneath the surface. A seemingly docile garbage man, Clean (Adrien Brody), is trying to do right by those around him. He spends his free time painting over graffiti and fixing roofs of dilapidated houses in the neighborhood. If people are proud of where they live, they may treat the neighborhood and its inhabitants with more respect.

Clean is known and liked throughout the neighborhood. There’s Paint Shop Hartley (Dinora Walcott) who gives him discounted paint for his good deeds. Also Pawn Shop Kurtis (RZA) who loves seeing what Clean has put together from scrap parts. Yet there is no one more important than Dianda (Chandler DuPont). Dianda is an innocent girl living in the neighborhood that Clean has a watchful eye on. She reminds him of his own daughter and protecting her may seem like a second chance. 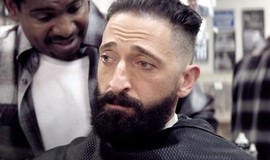 What people don’t know is the torment inside Clean. From the horrors of his past – what happened to his family, his violent history, and his drug abuse. A past that Clean is working hard with his sponsor Travis (Mykelti Williamson) to be able live with. When Dianda is put in a compromising position by Mikey (Richie Merritt) and his friends, Clean comes to the rescue. The problem is Mikey’s father Michael (Glenn Fleshler) is a man full of violence as well. As a local drug kingpin, Michael isn’t doesn’t take kindly to those that cross him or his family. It seems that these two violent men are on a collision course.

Clean is Adrien Brody’s baby and his fingerprints are all over it. Not only does he star in the film, but he co-wrote it with director Paul Solet. On top of that, he composed the score and is one of the film’s producers. Clean is clearly a project that Brody felt a connection with. Brody brings a memorable vision to the score especially. The music and scenes go hand in hand perfectly and will leave a lasting impression. Brody’s passion is clearly evident and results in him being the best part of the film. Brody’s presence alone is able to capture scenes, with or without dialogue. His mannerisms and expressions convey the sadness and darkness inside of Clean. Unfortunately, unnecessary narration comes in, telling the audience what they already know. There are a few interesting lines, so reminiscent of classic moments in past films that it can’t be a coincidence. 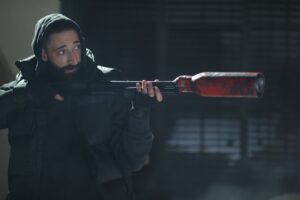 Clean seems to be a hodgepodge of other films that have come before it. While the whole can sometimes be greater than the sum of its parts, that does not hold true in this case.  Combining elements from greater movies serves as a detriment to Clean. Instead of creating a solid film standing on its own, multiple times throughout the film the thought “oh, this is like a poor man’s <insert one of several possible choices>” comes to mind. The film ultimately is disjointed and at times unbelievable, leaving a lot to be desired. The runtime is littered with narration and flashbacks, but instead of driving the story forward – they disrupt. When the dust settles, Clean does not do enough to set itself apart and is just another run-of-the-mill action thriller. It is worthy of a rainy-day Netflix stream, but not much more.