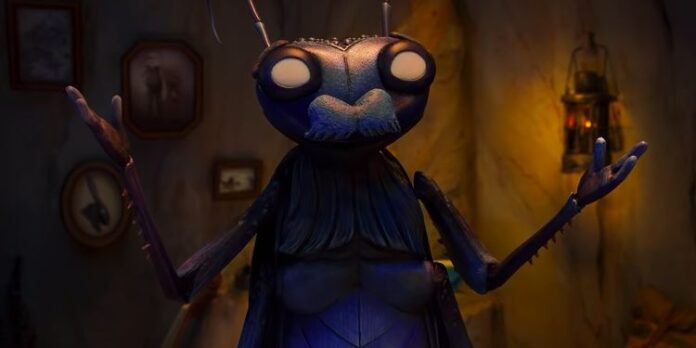 Well, damn. Guillermo Del Toro’s long-developing passion project, Pinocchio, is finally a real movie. Awwwwww. It took Netflix and a lot of time to get this stop-motion adaptation off the ground, but it’s here with a first glimpse at some footage, and our chance to hear Ewan McGregor as Sebastian J. Cricket.

Unlike previous versions of the classic tale, Del Toro sets his in the 1930s in Mussolini’s Italy, drawing inspiration from Frankenstein. Would you expect anything less from Del Toro, seriously? The film, which will be his first musical, is co-directed by Mark Gustafson, who also co-wrote the script. The voice cast includes Gregory Mann as Pinocchio, David Bradley as Gepetto, Ron Perlman as Mangiafuoco, Tilda Swinton as the Blue Fairy, Finn Wolfhard as Lampwick, Christoph Waltz as the Fox, plus Tim Blake Nelson, Cate Blanchett, John Turturro, and Burn Gorman.

Fortunately, Pinocchio won’t be a mystery for much longer as Netflix has revealed it will debut this December.

“Academy Award®-winning filmmaker Guillermo del Toro reinvents Carlo Collodi’s classic tale of the wooden marionette who is magically brought to life in order to mend the heart of a grieving woodcarver named Geppetto. This whimsical, stop-motion musical directed by Guillermo del Toro and Mark Gustafson follows the mischievous and disobedient adventures of Pinocchio in his pursuit of a place in the world.”