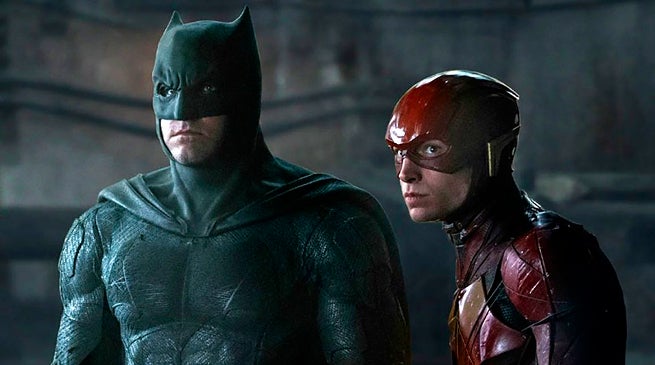 Ben Affleck obviously was unhappy in his experience filming Justice League. He tried to put on a brave face for a while, but nobody bought it. It wasn’t long before we learned his time as Batman was coming to an end, and soon after we learned it would be in The Flash, where possibly the entire DCEU would be rewritten. But it turns out, that in this final time suiting up as the Dark Knight, Affleck is having the best time he’s ever had in the role.

He told the Herald Sun that between the extra shooting he did to complete Zack Snyder’s Justice League and this recent turn in The Flash “put a really nice finish on my experience with that character.”

Affleck added, “I have never said this – this is hot off the presses – but maybe my favorite scenes in terms of Batman and the interpretation of Batman that I have done were in the Flash movie. I hope they maintain the integrity of what we did because I thought it was great and really interesting – different, but not in a way that is incongruent with the character…“Who knows? Maybe they will decide that it doesn’t work, but when I went and did it, it was really fun and really, really satisfying and encouraging, and I thought, ‘Wow – I think I have finally figured it out.’”

And you know what? I’m happy for him. I thought his run as Bruce Wayne was pretty great given the sketchy material he was served. Michael Keaton is the guy to move the character forward, but Affleck can at least say he went out having a good time.

On the other hand, that whole Justice League thing with Joss Whedon was some shit, and Affleck is finally ready to cop to it.  Speaking with LA Times, Affleck first talked about the moment he knew directing his Batman movie would’ve been a mistake…

“Directing ‘Batman’ is a good example. I looked at it and thought, ‘I’m not going to be happy doing this. The person who does this should love it. You’re supposed to always want these things, and I probably would have loved doing it at 32 or something. But it was the point where I started to realize it’s not worth it. It’s just a wonderful benefit of reorienting and recalibrating your priorities that once it started being more about the experience, I felt more at ease.”

Justice League has come under fire over the last year for revelations made about Joss Whedon’s actions when he came in for reshoots. Affleck described that period as a “nadir” in his career, but had more to say about that experience…

“That was a bad experience because of a confluence of things: my own life, my divorce, being away too much, the competing agendas and then [director] Zack [Snyder]’s personal tragedy [Snyder’s daughter Autumn died by suicide in 2017] and the reshooting,” he said of when Joss Whedon took over as director from Snyder.

“It just was the worst experience. It was awful. It was everything that I didn’t like about this. That became the moment where I said, ‘I’m not doing this anymore. It’s not even about, like, ‘Justice League’ was so bad. Because it could have been anything.”

Affleck has been having fun again and doing some of the best work of his career lately, in The Way Back, The Last Duel, and in The Tender Bar. The latter is out on Prime Video now and you should check it out.