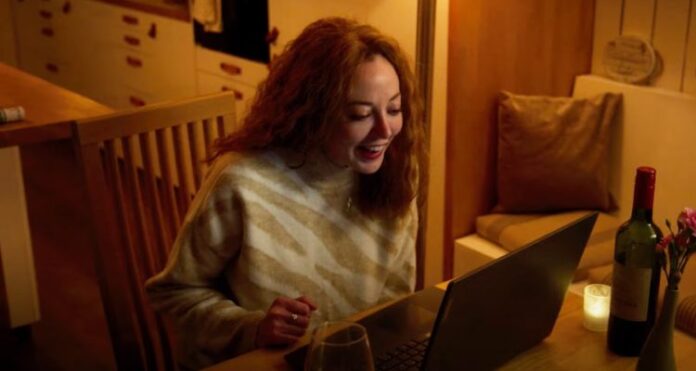 Last year was pretty awful, and Netflix took advantage of our global nightmare to serve up some laughs with the pandemic-inspired Death to 2020. When you do an all-star project like that poking fun at a catastrophe the expectation is that it’ll be one-and-done. However…well, 2021 has been shit, too. And so we have Death to 2021, which features another starry cast suffering through the worst this year had to offer.

Hugh Grant, Lucy Liu, Tracey Ullman, Samson Kayo, Joe Keery, William Jackson Harper, Stockard Channing, Cristin Milioti, Diane Morgan, Nick Mohammed and more star in this sequel we all wish wasn’t necessary. Combining documentary-style segments and fictitious stories, the anthology offers a look at just how awful 2021 really was and the weird things people did to get through it. For instance, in this teaser we see a woman trying to find love during lockdown, which as anybody who uses dating apps can tell you just feels wrong.

Josh Ruben (Scare Me, Werewolves Within) and Jack Clough directed from a script by Ben Caudell.

Death to 2021: A year unlike any other in history, (excluding the last one)…so to celebrate Netflix brings you Death to 2021, a comedy event that tells the story of another dreadful year. This landmark documentary-style special mixes archival footage harvested from across the year with commentary from fictitious characters played by some of the world’s most beloved actors.