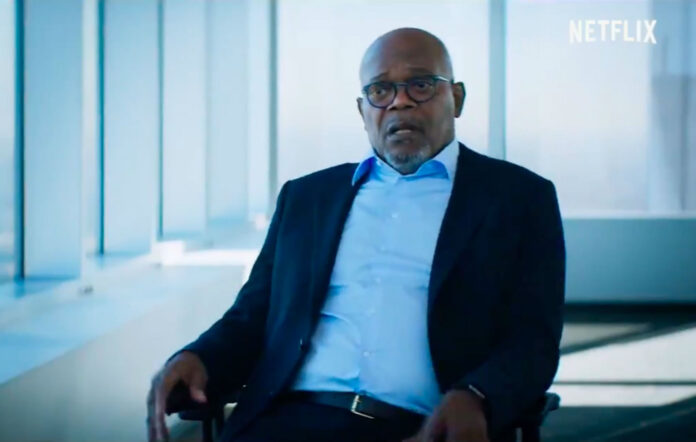 This year has sucked. There’s just no getting around it. But 2020 can at least end with a few laughs at its own expense. Death to 2020 is a mockumentary by Charlie Brooker and Annabel Jones, co-creators of Black Mirror, which puts them in the perfect position since this year has basically been like one of their episodes.

Samuel L. Jackson, Hugh Grant, Kumail Nanjiani, Tracey Ullman, Samson Kayo, Lisa Kudrow, Diane Morgan, Leslie Jones, Cristin Milioti, Joe Keery, and Laurence Fishburne star in Death to 2020, which aims to take on everything and everyone who made this year the worst ever. The film is directed by Al Campbell and Alice Mathias.

2020: A year so [insert adjective of choice here], even the creators of Black Mirror couldn’t make it up… but that doesn’t mean they don’t have a little something to add. Death to 2020 is a comedy event that tells the story of the dreadful year that was — and perhaps still is? This landmark documentary-style special weaves together a chorus of narration from some of the world’s most (fictitious) renowned voices with real-life archival footage spanning the past 12 months.