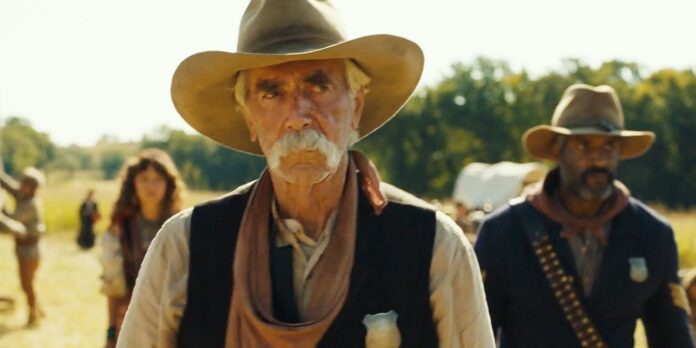 When Paramount+ finds a series that works, they don’t let it go. They’ve not only expanded their Star Trek franchise to include multiple shows of varying styles, but now they’ve given Taylor Sheridan his own playground with which spinoff his hit show, Yellowstone. The anticipated prequel 1883 follows earlier generations of the Dutton clan as they travel west across the dangerous, untamed frontier to find their piece of the American Dream.

While the modern-day show is deadly in its exploration of family empires, expansion, and corruption, this is the wild west and the new trailer begins with a shootout featuring Tim McGraw as John Dutton. Others in the cast include Faith Hill as Margaret Dutton, Sam Elliott as Shea Brennan, Billy Bob Thornton as Jim Courtright, Isabel May as Elsa Dutton and LaMonica Garrett as Thomas, along with Audie Rick, Marc Rissmann, Eric Nelsen and James Landry Héber, Dawn Olivieri, Emma Malouff, Alex Fine, Gratiela Brancusi, Anna Fimora, Nichole Galicia, Stephanie Nur, Amanda Jaros, Noah Le Gros and Martin Sensmeier.

‘A Million Little Pieces’ Red Band Trailer: Aaron Taylor-Johnson Is On A Brutal Path To Recovery