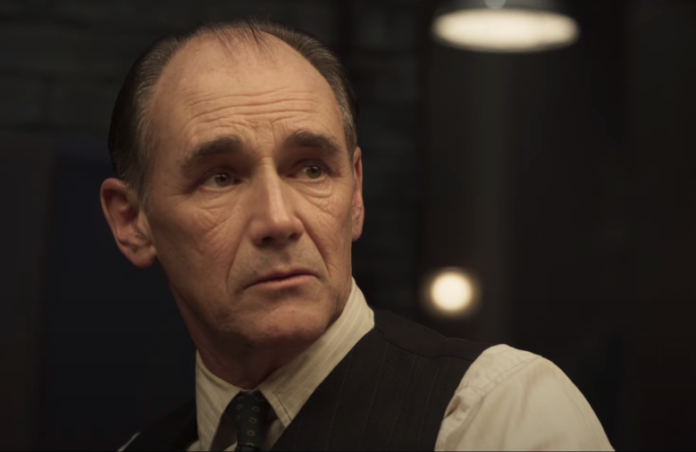 If you’re a filmmaker making your directorial debut, a good way to go about it is to start with a great cast. For The Imitation Game writer Graham Moore, he’s assembled Oscar winner Mark Rylance, Zoey Deutch, Dylan O’Brien, and Johnny Flynn for crime drama The Outfit, giving him a pretty good chance to succeed.

Rylance plays an English tailor who flees London and ends up in Chicago, only to find that his top clients are the city’s most dangerous gangsters. To survive the night, he’ll need to find a way to outwit the mob.

Also in the cast are Simon Russell Beale, Nikki Amulker-Bird, and Alan Mehdizadoh. Moore not only directs, but he also co-wrote the script with Mad Men actor and writer Johnathan McClain.

It’s been a pretty great year for Focus Features and The Outfit looks like it will keep it rolling in 2022. The film opens on February 25th.