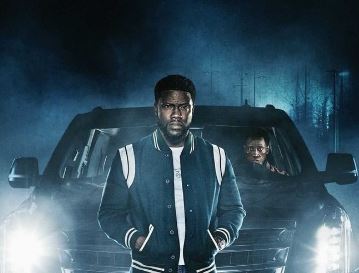 It’s clear that Kevin Hart is going through a change in his career. No longer wanting to be the funny sidekick he’s most famous for, he’s definitely been branching out and stepping into new territories with the roles that he chooses. Earlier this year he stepped into dramatic territory portraying a single dad taking care of his newborn in Netflix’s Fatherhood, and previously did The Upside opposite Brian Cranston. However, he usually has still had one foot in, one foot out in his more dramatic roles. However, in his newest series from Netflix: True Story, he barely resembles the quirky funnyman we are used to seeing.

Right off the top, titling the film True Story might be a mistake. While True Story is incredibly autobiographical as Kevin Hart pretty much plays a Kevin Hart type of person, the amount of insane craziness that transpires might make some of us believe that Kevin Hart could really be capable of some of the conniving and murderous things he is forced to do throughout the show’s seven episodes.

“The Kid” (Hart) is a rising comic/movie star from Philadelphia (yes, the show is really on the nose in regards to referencing Hart) who has broken into the mainstream. He has been in films with Meryl Streep and he just finished a superhero movie (alongside Chris Hemsworth for a fun cameo) that’s about to cross the $1 billion benchmark. Although he’s going through a public divorce (like Hart) and has had an alcohol problem (the show stresses that he’s six months sober), pretty much his life is in a great place. He heads with his entourage: joke writer Billie (Tawny Newsome), Bodyguard Herschel (Will Catlett), and his manager Todd (Paul Adelstein) to his hometown of Philly to kickstart a new comedy tour. The only problem is that his being back home, he has to interact with his black-sheep brother Carlton (Wesley Snipes).

One night hanging with Carlton puts all of The Kid’s success in jeopardy.

After waking up from a night of partying and drinking with his brother (breaking his sobriety promise), The Kid wakes up seeing the woman he brought back to their hotel dead from an overdose. This sets in motion a great deal of craziness that The Kid and Carlton have to deal with for the remainder of the series. Instead of you know, calling the police or at least his manager, Carlton convinces The Kid to involve the Greek Mafia to help them with their problem. This reminds us once again that Billy Zane as mob fixer Ari is a national treasure and he chomps the scenery. However, this only starts problems for The Kid and Carlton as they become intertwined with the Greek mob, extortionists coming out of the woodwork, and staying one step ahead of the cops as the body count starts to rise. Oh, and The Kid has to do all this while he’s promoting a comedy tour and negotiating a new spin-off superhero sequel. One moment he’s two seconds away from disposing of a body and getting caught by the police (only for the police to ask for an autograph), the next second he’s doing interviews for the Ellen show or at a local radio station. Is the kid just someone trying to protect everything he’s worked hard for, or is he a sociopath who can use his celebrity to literally get away with murder?

Speaking of celebrity, because True Story is so meta when delving into Kevin Hart’s life that it’s trying to speak about how we idolize celebrities. One person who gets intertwined with The Kid and Carlton’s messy antics is Gene (Theo Rossi delivering a great performance), the world’s most dedicated fanboy of The Kid. His obsession (and dedication to helping) with The Kid showcases just how high we put people who are just regular human beings on a pedestal. Hart also delivers monologues throughout the series that feels incredibly autobiographical in nature. It’s like he loves that he’s where he is, but at the same time does not like or appreciate the magnifying glass it places on his life and that’s clear during a side story where The Kid’s ex-wife Monyca (Lauren London) has started dating and his all over TMZ with her new boyfriend while he’s trying to cover up his repeated crimes, and once again, has to put on a straight face and smile for the cameras throughout.

As much as True Story is about celebrity, it’s very much about crime and what you will do to insulate yourself from your mistakes. Created by Eric Newman (Narcos and Narcos: Mexico), True Story is absolutely a thriller. Each episode is racked up with high tension, and by episode’s end, a new problem has arisen that makes things even more difficult for The Kid and Carlton in a very 24-type of fashion. While the first episode is an hour-long, each subsequent episode is a half-hour max, making it incredibly bingeable and perfect for Netflix’s format with directors Stephen Williams (Lost, Watchmen) and Hanelle Culpepper (Star Trek: Picard, How to Get Away with Murder, Star Trek: Discovery) splitting directing duties. The introduction of Greek mob enforcers Nikos (John Ales) and Savvas (Chris Diamantopoulos) keeps the tension level at 11 the whole series.

Kevin Hart playing a Kevin Hart type doesn’t seem like it would be much of an acting stretch for Kevin Hart. However, he spends 99% of True Story playing in straight instead of his usual comedic bits and self-deprecating humor as he continuously goes into darker and darker territory as each episode continues throughout the show. As stated before, he seems to really want to branch out career-wise, and being in a series like this, where his comedic charm is turned all the way down is a good look for him.

However, we CANNOT discuss True Story without giving Wesley Snipes his flowers!!! Between Dolemite Is My Name, Coming 2 America, and now True Story, we are seeing a “Wesley Snipes-issance” in real-time as he’s back to rare form. Playing The Kid’s problematic, money-grubbing, shady, and amoral black-sheep older brother who is pulling him down to his level is a great thing to watch. He served his time for his tax issues, we need to start putting Wesley in everything once again as he doesn’t need to stay in Hollywood jail anymore. He’s incredibly good in True Story as he’s conniving, vulnerable, predatory, and sympathetic all at the same time. True Story is just yet another reminder that he needs to have way more roles.

Now, is True Story perfect? Unfortunately, no. As stated before, each episode ends by upping the ante and having various twists and turns. The final two episodes have a twist that outlines the full plot and various motivations that feel a little hallow. The grand finale is also a little over the top for an otherwise great seven-episode stretch. By the end of the show, you see the finality of that one fateful night and everything is created, but by the end, you might feel cheated as things wrap up a little too neatly.

That said, True Story is a fun thriller showcasing both Kevin Hart and Wesley Snipes at the top of their game in a very fun meta-commentary of celebrity, murder, and what lengths one would do to have their “happy ending.”