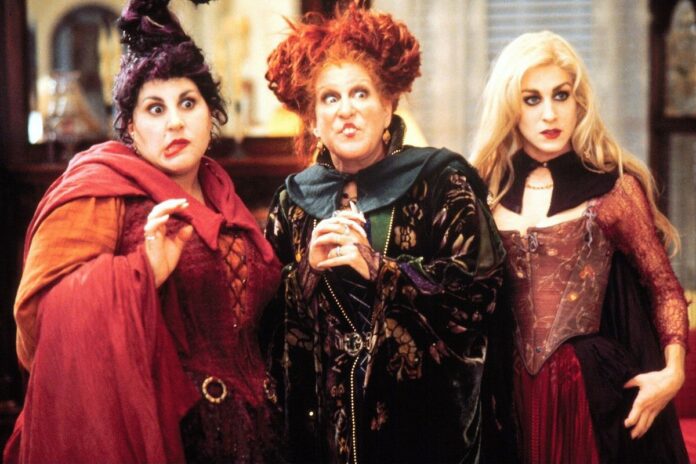 The VERY long-awaited sequel to Disney’s Halloween classic Hocus Pocus is still a year away, but ’tis the spooky season and the Mouse House is offering up a tantalizing tease along with the full cast. Of course, the original coven of Bette Midler, Kathy Nijimy, and Sarah Jessica Parker are back, along with Doug Jones as Billy Butcherson. And now you can add Ted Lasson‘s Hannah Waddingham, Sam Richardson, Whitney Peak, Lilia Buckingham, Belissa Escobedo, Tony Hale, Hannah Waddingham, Juju Brener, Froy Guiterrez, Taylor Henderson, and Nina Kitchen.

The black flame candle is alight to the Sanderson sisters’ delight.

See more of the spellbinding cast in the next Tweet.
Enjoy this All Hallows Eve treat.👇 pic.twitter.com/yHPAl2TBmq

The original 1993 film, considered a cult classic, centered on the Sanderson sisters, a trio of witches resurrected in modern day Salem on Halloween night. The original film was directed by Kenny Ortega, while this new version has Anne Fletcher (27 Dresses) behind the camera.

Filming on Hocus Pocus 2 is underway now and is expected to open in fall 2022.