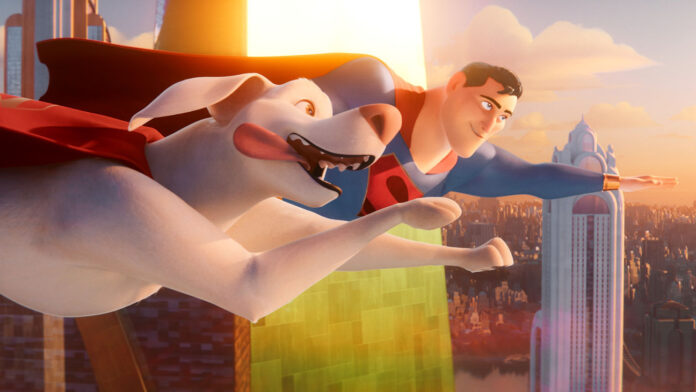 We may never get to see Dwayne Johnson as Superman. But Superman’s dog? That’s definitely doable. Johnson voices Supes’ loyal pet Krypto in DC League of Super-Pets, which looks charming as Hell and like one of the most enjoyable family-friendly superhero movies this year. I mean, where else can you get a movie where the entire Justice League gets wiped out and it still looks like a treat for the kiddies?

Because that’s pretty much what happens in DC League of Super-Pets. Superman, who is voiced by John Krasinski, and Krypto are best pals, they keep Metropolis safe, and all is right in the world. That is until Superman and the Justice League are taken out, and it’s up to Krypto and his four-legged, furry friends to come to the rescue.

While Krypto is pretty well-known already, the rest of the cast are pretty obscure. You’ve got Kevin Hart as Ace the Bat-hound, Diego Luna as Chip the Green Lantern squirrel, Natasha Lyonne as Green Lantern’s turtle Merton, and Vanessa Bayer as Wonder Woman’s pig, PB. Oh, and Marc Maron voices Lex Luthor which is just perfect.