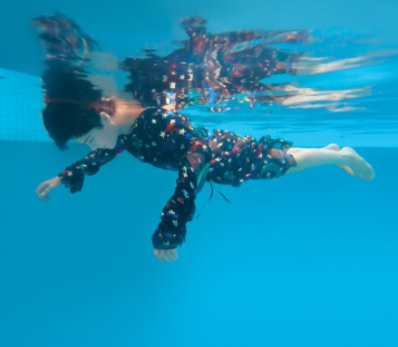 Introducing, Selma Blair is director Rachel Fleit’s debut documentary about a deeply intimate and powerful story of one woman’s journey of personal acceptance and resilience. Fleit follows respectable actress, Selma Blair, as she heroically reckons with her life and spirituality after being diagnosed with Multiple Sclerosis.  MS is a chronic, typically progressive disease involving damage to the sheaths of nerve cells in the brain and spinal cord, whose symptoms may include numbness, impairment of speech, loss of muscular coordination, blurred vision, and severe fatigue. Director Rachel Fleit was the recipient of the first ever, and now annual, Women’s Fund Grant from Made in NY for Film & Television for her documentary short Ava & Bianca, about two female transgender cinematographers. The short went on to win the Best Documentary Short Film at the Bentonville Film Festival. Fleit has Alopecia and immediately took on this project when she discovered and admired how honest and monumental Blair’s journey was and how she refuses to let the disease take control of her life.

Selma Blair is a widely recognized actress who’s long standing career began with her comedic roles in pop culture classics in the early 2000s. She’s performed alongside Sarah Michelle Geller and Reese Witherspoon in Cruel Intentions and Legally Blonde. Blair has also worked with acclaimed directors Todd Solondanz and Guillermo del Toro on the Hell Boy franchise films. Additionally, Blair was named one of Time Magazine’s Person of The Year in 2017 as one of their Silence Breakers. In 2018, Selma Blair bravely went public via Instagram and told the world of her diagnosis with multiple sclerosis. This intimate documentary gives unflinching insight into her life as she struggles through the debilitating symptoms of MS all while striving to lovingly mother her young son Arthur and takes on undergoing stem-cell treatment. It’s a severely selective and complex process with promising results but can occasionally have fatal consequences. Stem-cell treatment is a painstaking process that begins with chemotherapy. Throughout the documentary film Blair reveals the toll it takes on her body while sharing her fears and feelings of mortality through a mix of humor and tears.

Introducing, Selma Blair explores the complexity of dealing with her disease, the role of her motherhood based on the intense and strict relationship she had with her own mother, and the collective fears/setbacks/questions that suffocate her own mortality. Selma introduces herself as the wonderful person fans have admired over the years; complete with her trademark wit and dark humor. The film beautifully documents the journey of her transition as she remarkably and openly shares the good, bad, and ugliness of this horrendous disease and the impact it plays in her livelihood. Selma has an old school Hollywood actress persona that draws her audience and has that eccentric characteristic that begs to want to be friends with her. The love she has for her son is admirable and incredible. You’ll laugh with Selma, you’ll cry with her, and you will look at her with a deeply renewed respect. She is a wonderful woman who is literally grinning and bearing it all with the hope and desire to spread awareness and love to those who have and/or will walk this path. Definitely a must-see film!

Introducing, Selma Blair is currently playing in theaters and will release on Discovery Plus, October 21st.